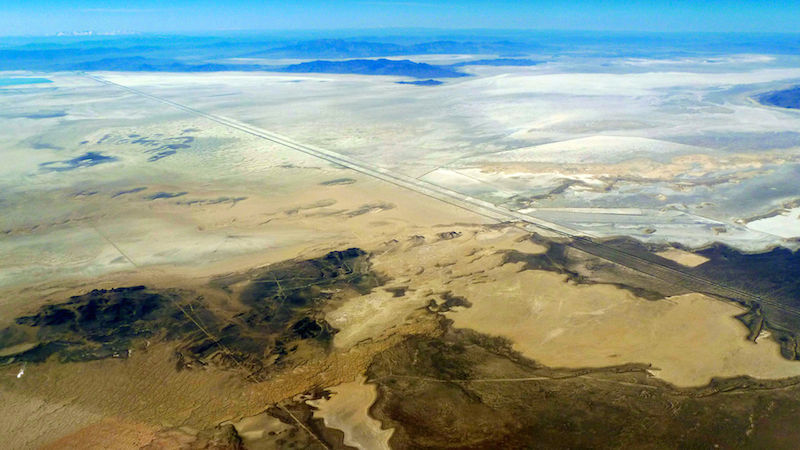 The chatter around the Internet is that Speed Week is in trouble again because the salt is too thin and not in good enough shape to be ready for the scheduled Aug. 8 race event.

We have been monitoring the situation and hoping that it would all work itself out, but from the latest news posted on Southern California Timing Association’s (SCTA) website, it’s not looking good…at the moment. The SCTA, the group that runs Speed Week at Bonneville, says that there’s still a chance the race will go as scheduled but they won’t have an answer until July 22. So teams who’ve already been prepping and making arrangements may need to be ready to cancel or alter their plans.

Russ Eyers, a member of the timing association, told the Tribune: “They know it’s going to happen,” he said. “They just don’t know when.”

Eyers said that he thinks the salt flats are at a crossroads due to years of inclement weather and environmental abuse. Last year’s event was cancelled because of rain and a layer of mud flowing down from the surrounding mountains onto the salt flats, that covered a 6 mile area usually reserved for a race course. This normally wouldn’t be an issue, according to the report, but with the salt shrinking it means that there’s not enough room for another course to be set up.

“The land speed racing community has tried for years to engage the BLM in meaningful discussion to preserve the salt flats, always met with another study, delay, or privacy excuse,” says Noeth. “[T]he Bonneville Salt Flats continues to wither away unchecked and unloved by the very people who are charged with its protection. In my opinion, it is like a parent allowing a child to be repeatedly molested — for money no less.”

The SCTA released the following statement about the status of this year’s event:

Not cancelled yet, but? Seems like Mother Nature is still not cooperating with us.

The SCTA/BNI met yesterday, July 12, to discuss contingency plans. We will make a final decision on Speed Week no later than July 22nd. We can tell you how it is now, but not how it will be in 10 days.

Our advance team spent the July 4th weekend on the Bonneville Salt Flats trying to find adequate salt to conduct the 2015 Speed Week event; unfortunately without much success. A portion of the courses were still underwater and other areas were suffering from rough and /or muddy salt. A pretty good analysis appeared recently in the Salt Lake City Newspaper. You can see the “Mudflow” on Google Satellite Maps.

While staying optimistic, when and if the entire area dries, we are hoping to find the 7 Miles of dry/smooth salt necessary for the event. The plan is to visit the Salt again on July 20th to assess the situation. It will likely involve attempting to drag/prep some courses.

We are also considering the feasibility of having a “Short course only” event if we are able to find 4 miles of good course. We would like to know how many folks might come for such an event. We will be contacting all of the Pre-Entrants.

Stay tuned for further updates as we get them.