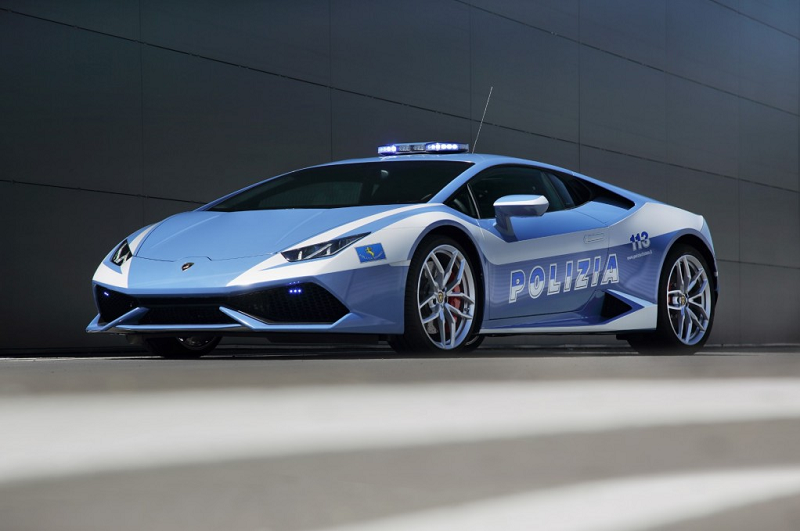 We heard about the Gallardo lent to the LAPD a couple of months ago, but now the Italian Police have outdone their American counterparts. The Huracan was officially gifted to the Italian national police force in a ceremony presided over by Lamborghini CEO Stephan Winklemann. According to the head of the agency, the Huracan will see official service in police work, in contrast to the LAPD’s Gallardo.

The Italian national police force has relied on Lamborghini Gallardos in the past to serve as police cars. The supercars have been equipped with the full police setup. Since 2004, the force has put in around a 100,000 hours with its small supercar fleet.

The Huracan is already equipped to hit the streets, with its livery and light bar already mounted and ready to go. According to a spokesman for the department, the Huracan will be in service by the end of this year, with its mission “to sustain security … by continuing accident and crime prevention.” Next time you’re in Italy, think twice before you speed.