Dana Mecum keeps busy with his collector car auctions across the country, but he also serves as president of the Harry A. Miller Club. Mecum told Speedville his work for the racing car club is a passion, not a business. “I’m lucky it’s easy,” he said, “There’s good people involved and the club runs itself.”

Harry A. Miller built racing cars in the Great Depression era. In fact, if you wanted to win back then, you almost had to have a Miller. Miller’s racing cars became legendary for the number of checkered flags they accrued. 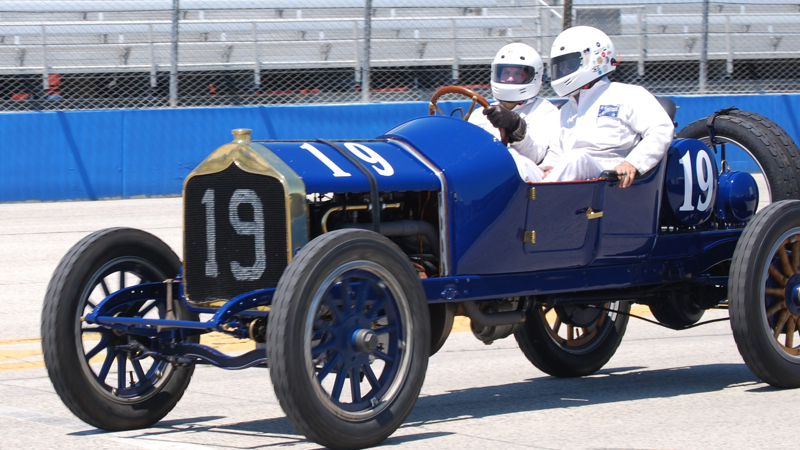 Mecum loves historical racing cars. He brought eight of them—including three Millers—to the “Millers at Milwaukee” event on June 24-25. This was the club’s 22rd annual meet. Thirty-five other cars came to town to get some track time on the Milwaukee Mile at the Wisconsin State Fairgrounds in West Allis.

The Harry A. Miller Club was founded by David V. Uihlein, Sr. to honor the achievements of Miller, a designer of racing cars and racing engines. Miller was a Wisconsin native who made it big in Los Angeles. His cars dominated championship racing in the 1920s and 1930s and won 39 Indianapolis 500s. 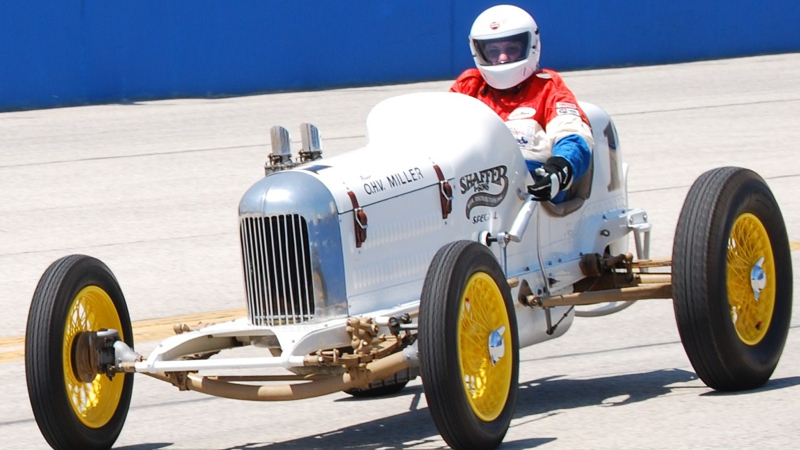 Uihlein slanted the annual racing event towards Millers. When he passed away in January 2010, Mecum took over and added a “Vintage Indy Car Event.” This expanded the field to include cars such as Brian Blain’s blue No. 20 1911 National, Ted Davis’ yellow No. 22 1913 Mercer and Steve Sessions’ blue No. 19 1933 Hudson Special, as well as later Novis and Watson roadsters and more..

Basically, any owner of a front-engined, open-wheel racing car with a pretty good pedigree can apply to be one of the 60 Millers at Milwaukee of Vintage Indy Car entries. This year, cars came to from as far away as California and Maryland. Six entrants brought more than one car. Joel Freeman brought four racing cars from Boston, Mass. Mitch Rasanky also brought four cars from Dallas, Texas. Denny Halloway brought three from Marion, Iowa.

The cars make exhibition runs, which are much more exciting than it sounds. A lap around the mile-long track in Lou Natenshon’s 1933 Detroit Gasket Special Ford Indy Car (with Rex Barrett driving) is a once-in-a-lifetime experience for a speed freak. And the White No. 66 Ford is not the fastest car there.

The weekend includes driver meetings, socializing, camaraderie and a dinner. During the day, hundreds of enthusiasts come by to see the old racers, many driving their collector cars or hot rods. There are always a few vendors selling books, rare racing parts or sometimes even a car needing restoration. Mecum admits the events aren’t big in the money-making department. “We charge for entries and admissions and sell things like T-shirts and hats,” he explained. “But it all goes towards renting the track; there’s not a big profit here.” 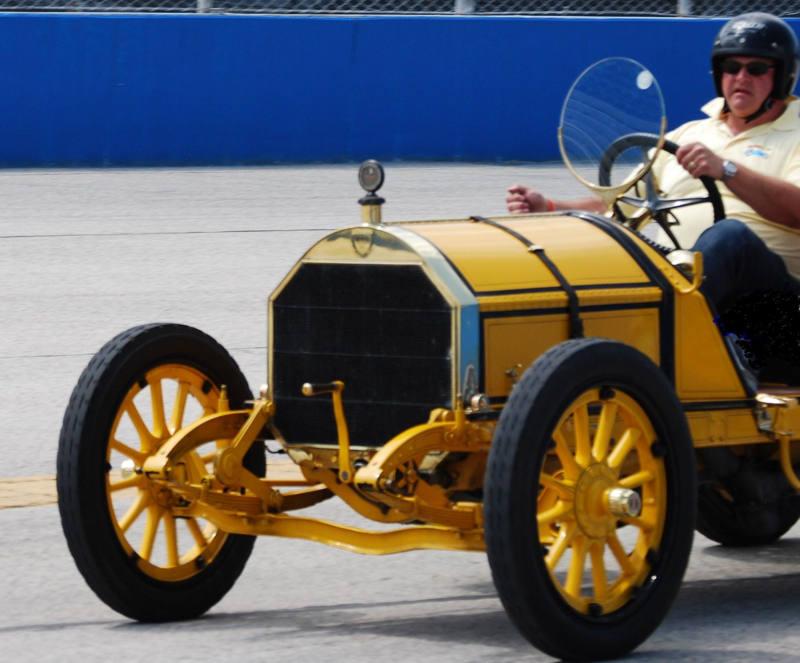 The 2017 Millers at Milwaukee/Vintage Indy Car events will be held July 7-8th, at the Milwaukee Mile. For more details visit www.harrymillerclub.com. 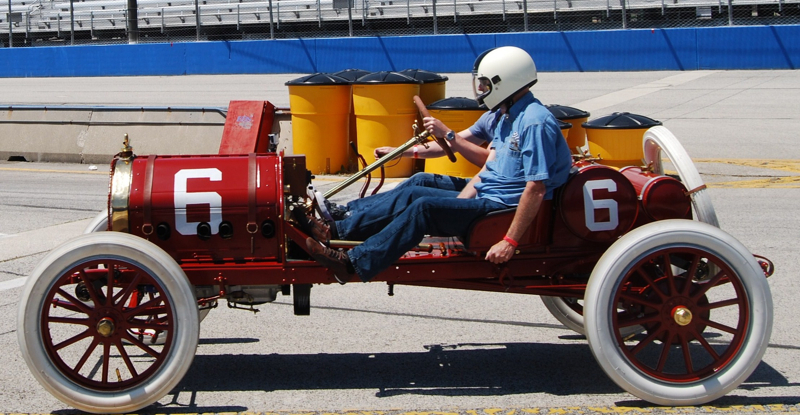