The classic Jaguar saloon of the 1950s may be due for a new lease on life. Ian Callum, the British automaker’s director of design, has been given the green light to take the basic design back to the drawing board and come up with a modern interpretation. In fact, he has spent the last 18 months creating a car called the ‘Mark 2 by Callum’ that has bowled over people who’ve seen it. Callum worked in conjunction with Classic Motor Cars in England-a well-known restoration facility-to “nail” the Character o the classic saloons in his new version.

“This is a very personal statement,” said Calum, who gets to keep the car for his personal use. He said his design plays off “A long held notion that, although the Mark 2 has always been a beautiful car, it could be even more exciting in shape and performance. Whilst maintaining the purity of the car’s form, I wanted to add a number of modern twists to the design. Simplification and clarity was my objective.” 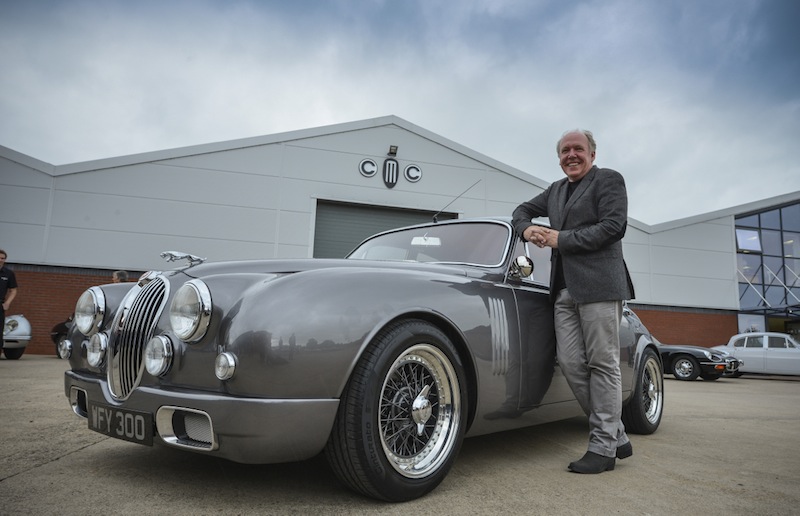 The car is readily identifiable as a Jaguar Mark 2 at first glance, but has a host of subtle styling revisions. It sits lower than a stock Mark 2 and the chrome bumpers have been jettisoned and replaced by integrated bumpers. The stock wire wheels feature split alloy construction to make them stronger but lighter.

Four louvered side vents – a favorite of Callum – were added to the car’s exterior. In addition to their use as a design que, the vents are functional and improve air flow.

The car had a 4.3-liter V-8 installed ahead of a five-speed manual gearbox. To ensure that the power and torque can be utilized, Callum came up with a unique independent rear suspension design, upgraded brakes and other improvements that will enhance drivability.

Peter Neumark, Chairman of CMC, said: “The wide-ranging list of modifications in the Mark 2 shows just how much design and engineering development has gone into this venture from the original car. To be chosen by Ian Callum to work with him on his project is a testament to the skills and passion that exist within our business, and is something that CMC are immensely proud of.” 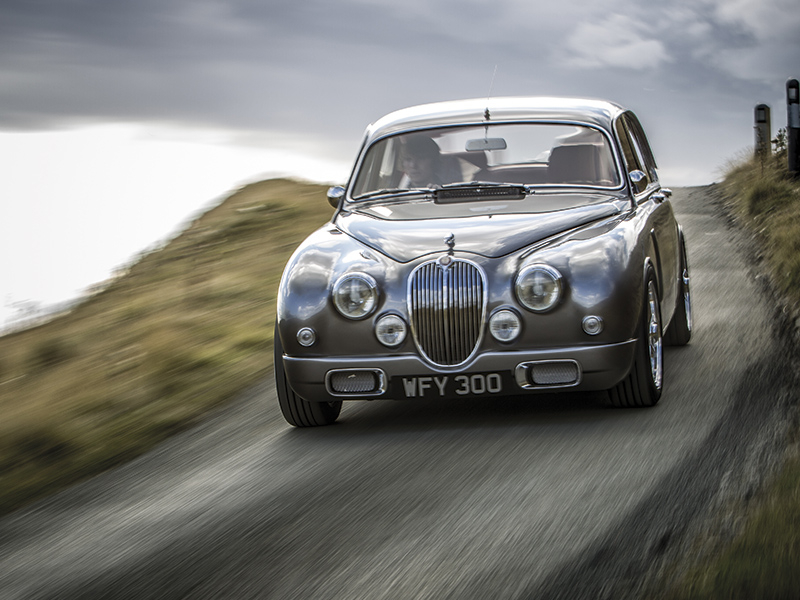 The Mark 2 by Callum made its official public debut at the Salon Privé classic and supercar event in London on Sept. 3 and though it was originally stated that there were no plans to actually produce the car, that changed quickly as people saw the pilot car and asked about ordering one.

“In my remarks at the launch of the car I said that we would love to build more, but little did I think the response would be so great,” said Peter Neumark, Chairman of CMC. “Within hours we had received calls from people all over the globe asking if they could buy one. We asked Ian Callum if we could produce a limited run and he has said ‘yes’.”