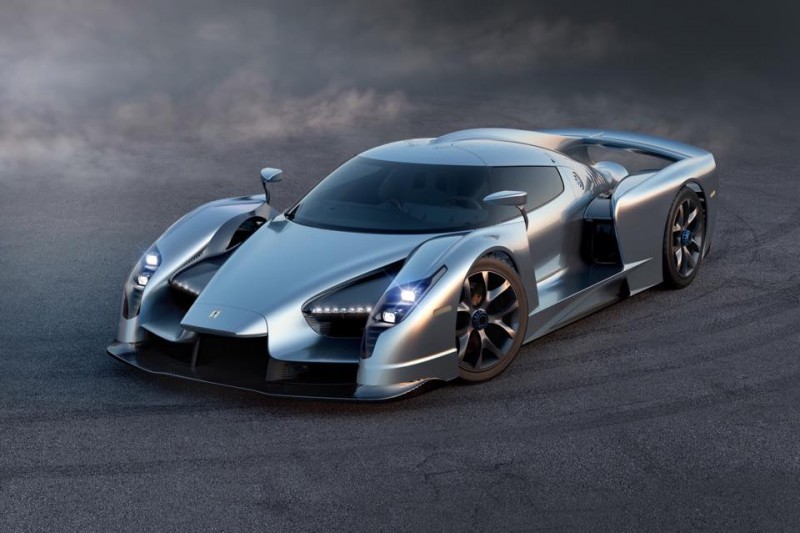 It’s been a while since famous car collector James Glickenhaus decided he didn’t just want to own cars, he wanted to make them. Since then, it’s been a several year long wait for what much of the automotive community has anticipated as the paragon of track and road going automotive performance. Now, the wraps have finally come off of the Glickenhaus SCG003.

Though the car isn’t slated to officially debut until the Geneva Motor Show next week, the first images of it in its undisguised form have just leaked on-line. The car will come in two variants, the SCG003 S will be the road-going version of the car, and the SCg003C will be the racing-spec version of Glickenhaus’ project. Of the latter, two specimens will compete in the 2015 24 Hours Nurburgring.

The racing variant of the car will be fitted with Glickenhaus’ own 3.5 liter twin-turbocharged V6. Though the engine has been given a complete overhaul and redesign by the Glickenhaus team, it is based on the existing Honda HPD motorsports engine of the same displacement. The road-going version of the car will be availed with a series of options, including the V6, as well as a twin-turbocharged V12.

Glickenhaus emphasizes that, while the car will be powerful, it has been designed around weight savings and aerodynamics as core tenets of its ethos. Notwithstanding, it’s reported that the SCG003 can achieve a power to weight ratio that rivals that of the Koenigsegg One:1- one horsepower per kilogram(2,2 pounds.)

Now, you’re probably guessing that none of this is going to come cheap, and you’re correct in that assumption. Glickenhaus has quoted a tentative price of 2.35 million. However, if you’re a privateer team looking to race this monster in motorsports competition, you can tack on another $750,000 to that price.

Shown above is the SCG003S road-going version of the car, while the SCg003C racing version is shown below.