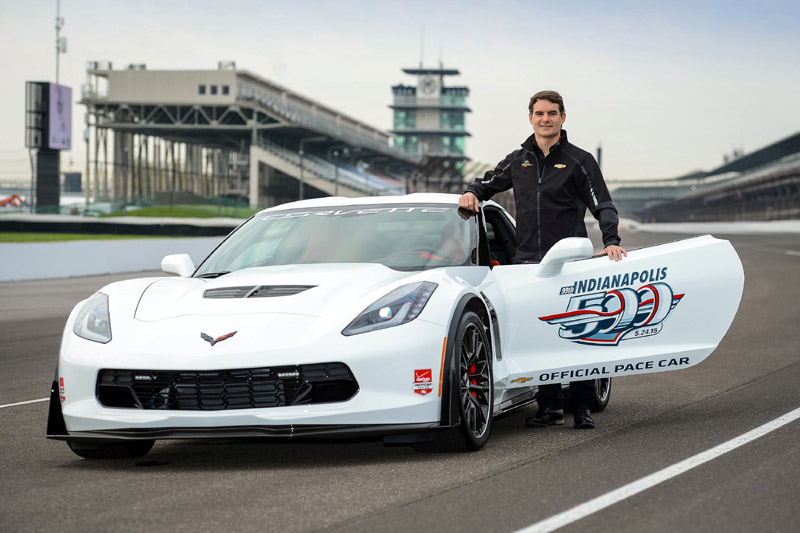 Five-time Brickyard 400 winner and four-time NASCAR Sprint Cup champion Jeff Gordon will drive a Corvette Z06 pace car for the 99th running of the Indianapolis 500 mile race, May 24 at the Indianapolis Motor Speedway.

Gordon, who grew up in nearby Pittsboro, Ind., is no stranger to the Indianapolis Motor Speedway. In 1994 he won the inaugural Brickyard 400 – the first-ever NASCAR race at the Brickyard, and has visited the winner’s circle there four more times. That makes him one of only two five-time winners at Indy in any series. Michael Schumacher won five Formula One races there.

“It’s great to have Jeff Gordon serve as this year’s pace car driver,” said Jim Campbell, Chevrolet U.S. vice president of performance vehicles and motorsports. “He is a true champion who has earned the respect and admiration of competitors and race fans alike. It will be very special to have Jeff lead the Indy 500 field to the green flag, behind the wheel of the most powerful and capable production car ever from Chevrolet – on a day he’ll also be competing in the Coca Cola 600 NASCAR race at Charlotte Motor Speedway.” 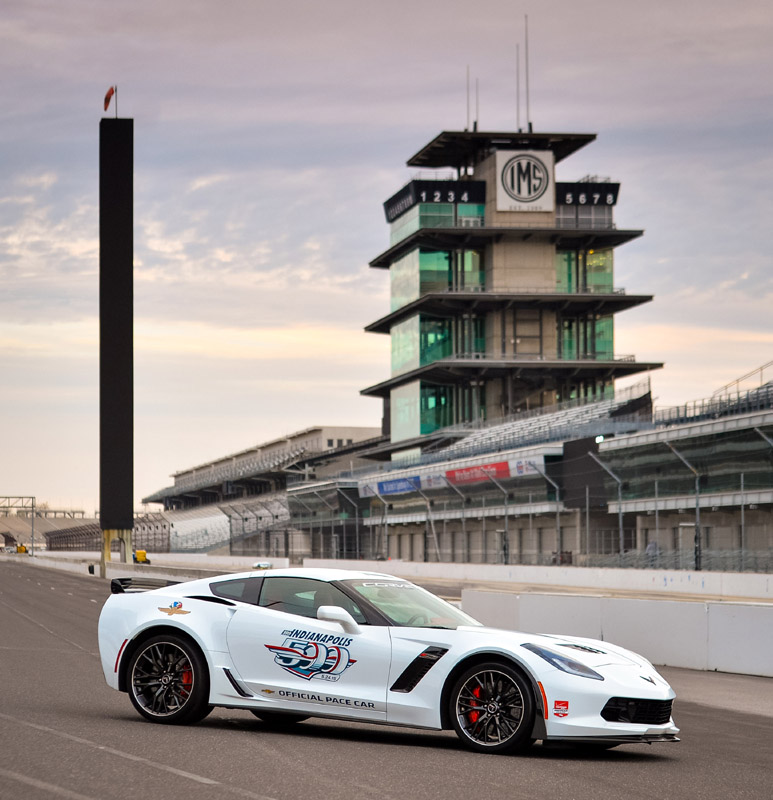 With 650 supercharged horsepower, a seven-speed manual transmission and a track-capable chassis system, Gordon will have no trouble keeping in front of the race field in the production-spec Corvette Z06. Featuring an Arctic White exterior and Adrenaline Red interior, only its unique Indy graphics package and safety strobe lights distinguish it from other production models.

It may not be the “double” as many racers aspire to run both the Indy 500 and NASCAR’s Coca-Cola 600 in Charlotte in the same day, but Gordon admits it’s probably as close as he’ll get to racing them both.