At the age of 42 and having already been a four-time NASCAR Sprint Cup Series Champion, Jeff Gordon fans and critics were awaiting an eminent retirement announcement. However, with drivers such as Morgan Sheperd, James Hylton, Kenny Schrader, Bill Elliot and Mark Martin, who are all in their 50s and 60s, still racing on occasion, it seems there’s evidence Gordon has more in the tank.

So those fans and critics thinking the end was near for Gordon can hold off on the retirement talk. Panasonic will be the team’s primary sponsor for two races each year, beginning with this weekend’s NASCAR Sprint Cup Series race at Sonoma Raceway, and later this year at Atlanta Motor Speedway. It will serve as an associate sponsor in the remaining races.

According to a news release from HMS, Panasonic’s Toughbook brand will be featured on the car’s quarter panels this weekend.

“To maximize the value of a NASCAR sponsorship, you need to partner with proven teams and drivers that exemplify your brand,” Rance Poehler, president, Panasonic System Communications Company of North America, told NASCAR. “Hendrick Motorsports and Jeff Gordon have a record of excellence that is a perfect fit for Panasonic and its Toughbook brand.” 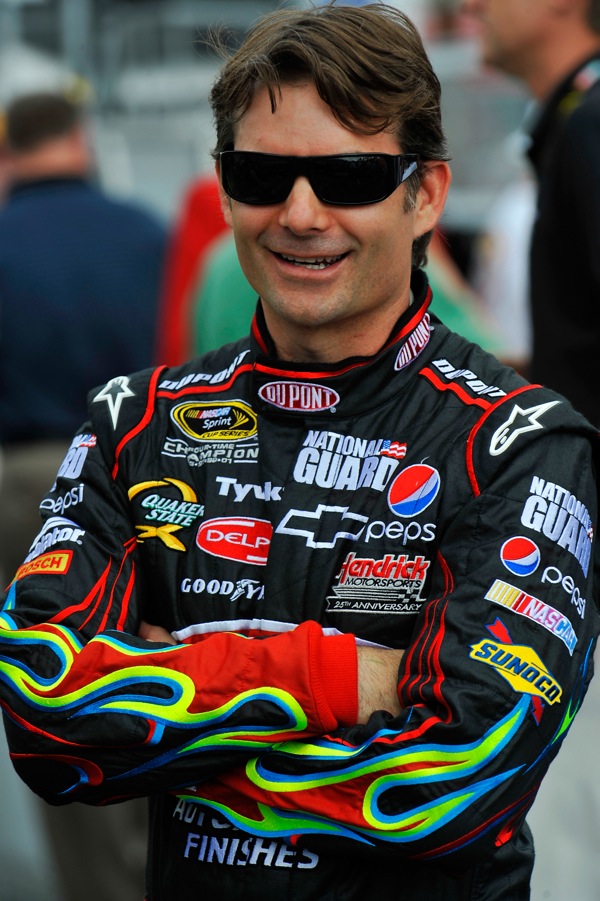 Gordon, 42, is the series points leader and a five-time winner at Sonoma. The debut of Panasonic couldn’t come at a better place, according to Gordon.

“This is the next step in what’s already been a successful partnership, and it’s going to be fun to take it to another level,” he said. “We hope to kick it off with a win this weekend for Panasonic and Toughbook.”