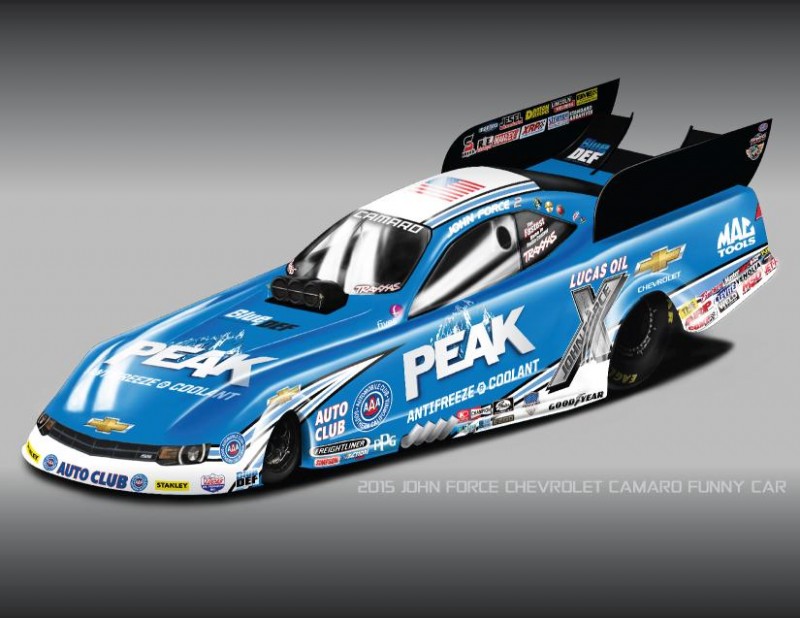 “It is great to be back with Chevrolet. I started my career in a Chevy and my plan is to keep racing with them for many years to come. This is a great American company and we are excited about the opportunities in front of us. I won my first round of racing, went to my first final and got my first No. 1 in a Chevy. Since then I have won more rounds, races and championships than anyone in the sport. I have the record for most No. 1 qualifiers too and I can’t wait to get to the Winternationals and start adding to those records in a brand new Chevy.”

Chevrolet completed one of its most successful years in its motorsports history in 2014, earning five manufacturer and six driver championships in NHRA, NASCAR, IndyCar, United SportsCar Championship and World Challenge series.

In addition, Chevrolet drivers won several noteworthy races in 2014, including the NHRA U.S. Nationals in Pro Stock and Stock Eliminator classes, Daytona 500, Brickyard 400, IndyCar Dual in Detroit, and the 24 Hours of Daytona.