Johnny Rutherford is an icon in the world of Indy Car racing. He won the Indy 500 no less than three times – a feat only attained or surpassed by eight other drivers since the race first took place in 1911. If ever an event defines the man, then the Indy 500 certainly defines the Rutherford legend and his three wins in 24 starts. His multiple misses have included the dubious distinction of being awarded the notorious Jigger Award for the worst luck when his engine blew up trying to qualify on his 25th and final attempt in 1989.

Rutherford was born on March 12, 1938 in Coffeeville, Kansas and like so many great American motorsports heroes began his career in 1959 by racing modified stock cars. He joined the International Motor Contest Association (IMCA) sprint car circuit in 1961 and the United States Auto Club (USAC) circuit two years later. That same year in 1963 he won his first ever NASCAR Winston Cup race while driving for the legendary Smokey Yunick at Daytona. From 1963 to 1988 he made a total of 35 NASCAR Winston Cup starts. 1963 turned out to be a banner year as he also made his debut in an Indy Car.

“My strategy for winning the Indy 500 was simple. Drive a comfortable pace conserving your car – and then after the last pit stop – it’s… BANZAI!” Johnny Rutherford. 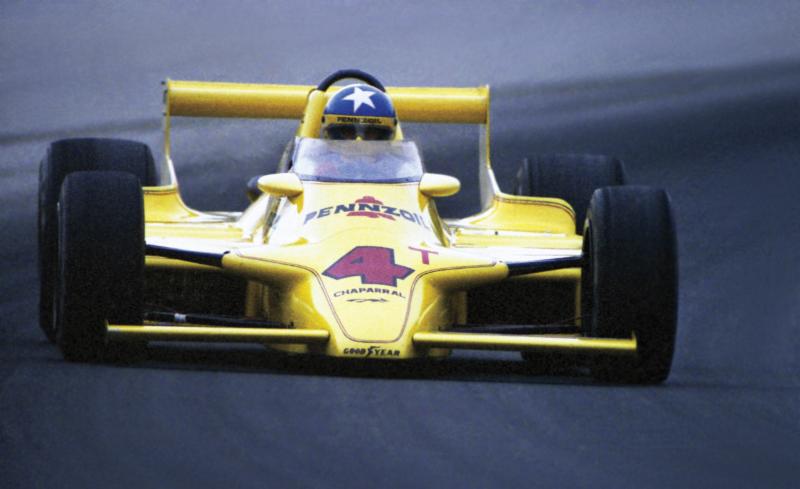 Perhaps the key to Rutherford’s success was his insistence that his wife Betty was a fixture at his side throughout his racing career including his first Indy 500 victory in 1974. Thereby helping to end for once and for all the taboo in American racing against allowing women in the pit area.