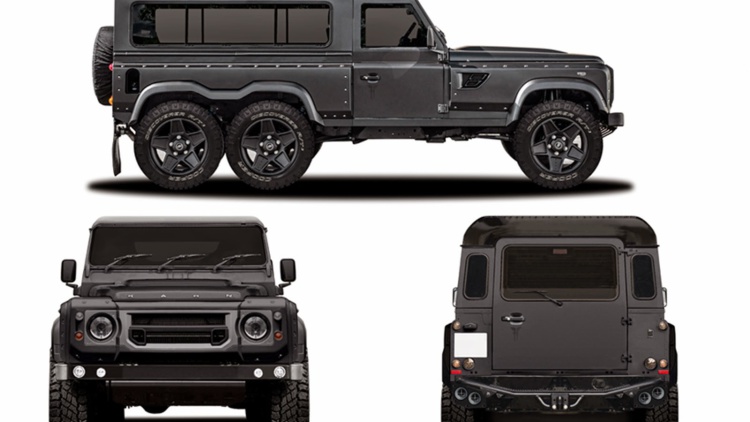 Not too long ago, we heard word that the Mercedes-AMG G63 6×6 was driving off into the sunset. However, just because Affalterbach is giving up on the prospect of a 6×6, doesn’t mean the rest of the world is. What you see here is English custom house and tuner Kahn Design’s improvisation of the Land Rover Defender.

The famous designer has taken the sheer ruggedness of the Defender to an all-new level with their latest concept entitled the The Flying Huntsman 110 WB 6×6. They took the factory engine out of the car and replaced it with a GM sourced 6.2 liter LT3 V8. The new engine puts out a whopping 430 horsepower and a yet unspecified torque figure.

The LT3 drives a six-speed automatic gearbox with tap shift control. The car also sports an elongated profile, with the front having being stretched to fit the new, larger engine. Also unspecified are the braking and suspension “upgrades,” but Kahn has promised us that those faculties are improved over the stock Defender’s setup.

The car will be on display at the Geneva Motor Show this week. Of course, we want to see it  go up against the Mercedes-AMG G63 6×6- perhaps in due time.