Ken Block and Pennzoil launched the 2017 SEMA Show at the Las Vegas Convention Center with a mic-drop moment – the unveil of the first vehicle for the milestone Gymkhana TEN video. This, paired with an explosive teaser for the full film, has set the tone for the remainder of the show. At the Shell “Pioneering Performance” Live Stage, Jeff Allen of Flat 12 Gallery and “Car Chasers” interviewed Block on his new relationship with Pennzoil, how he chose the vehicle and the development of the 10th video in his Gymkhana franchise. 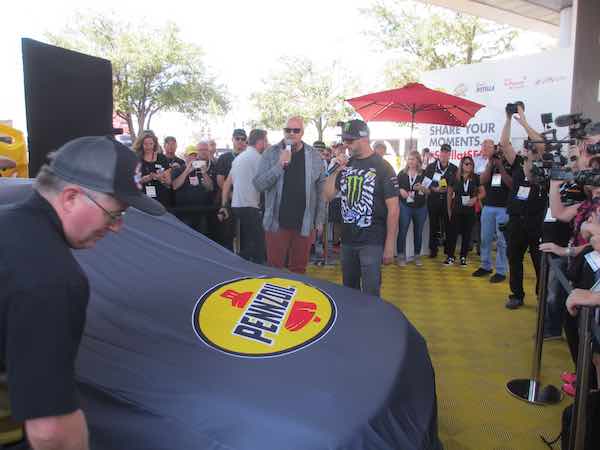 During the press conference, Ken Block unveiled his new-to-him 1991 Ford Escort Cosworth Group A Rally Car to be featured in Gymkhana TEN. The rally car is built off a larger Ford Sierra chassis with Escort body panels, making the formerly front-wheel-drive Escort into all-wheel-drive. It sports a 2.0-liter 2000cc turbocharged engine that generates between 350-400hp connected to a seven-speed gearbox. 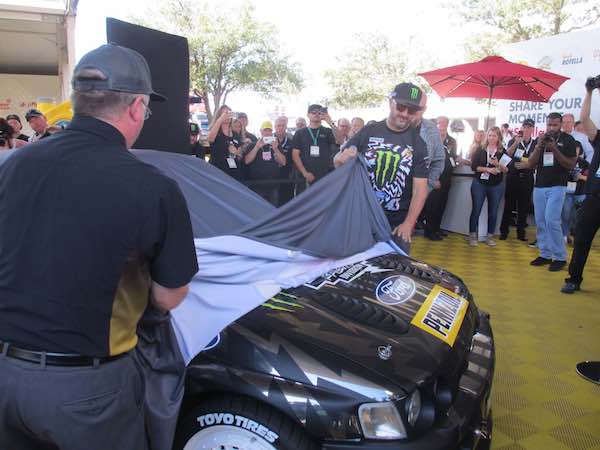 “I’m humbled that I’ve been in this industry for so many years and the fans just keep coming back for more. For this next chapter of Gymkhana, I wanted to go above and beyond what we’ve done in the past. I know I say it every time, but this one really will be our biggest and best video yet,” explained Block. “Through my partnership with Pennzoil, we were able to take Gymkhana to a place we haven’t been, with a car we haven’t used. I’ve had a passion for the Cosworth for years because of its rally roots, and I think the fans are going to be stoked when they see the full film.” 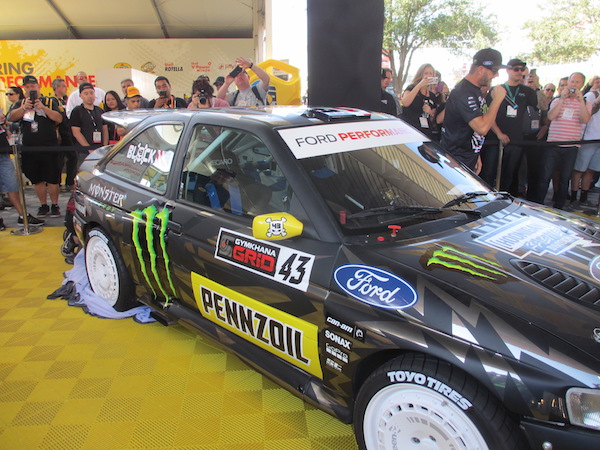 In addition to the Cosworth, Block held a special screening of the first trailer for Gymkhana TEN for all his fans at the SEMA Show. The teaser offers a glimpse into what’s on the horizon for the most ambitious, most amazing Gymkhana video yet. Fans can watch the teaser on repeat until the fall of 2018 when the full film will debut. 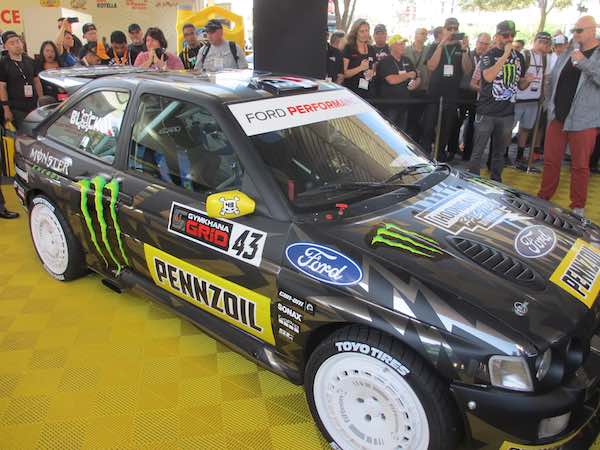 “As a new partner, we’re so excited that Ken decided to bring Pennzoil on the journey of developing this milestone video. With each new installment, Ken has proven that he’s a pioneer in our industry, which made this moment at our Shell “Pioneering Performance” pavilion so special,” said Colin Abraham, President, Shell Lubricants Americas. “With more than 500,000,000 combined views (and counting) on his award-winning Gymkhana franchise, we’re certain Gymkhana TEN will be his best yet.”

Most recently, Pennzoil and Block teamed up to take his Gymkhana-style video off-road with the debut of Terrakhana. The dirt covered video featured Block freestyling his way through the desert terrain of Swing Arm City, Utah, in his custom-built Ford Fiesta RX43.