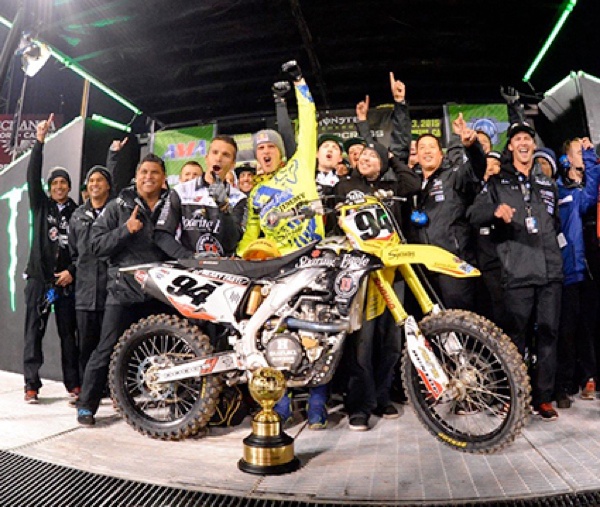 “It’s been a long time coming,” commented an emotional Hart following the event. “We’ve been at this eight or nine years and honestly, it’s very bittersweet. I have to give it all up to Mark Johnson, Kyle (Bentley) and the whole technical team. Ivan Tedesco did a ton of pre-season testing for us and that paid off in a big way. Ken put his head down and rode solid from the time the gate dropped. At the same time, Broc Tickle rode an amazing race. That was his first time back after breaking his back last year in Toronto and to get out of here with an eighth-place finish is an important accomplishment for him. I just could not be happier for my crew and all my guys.” 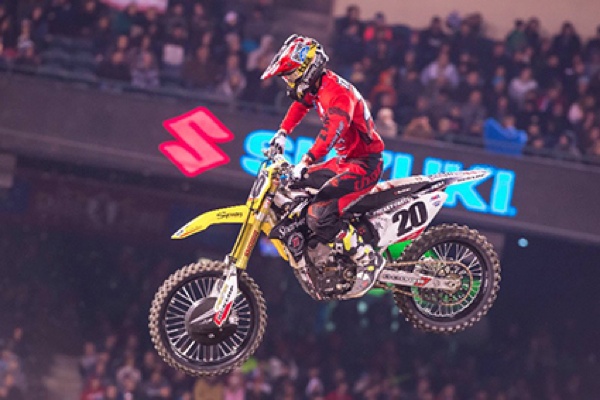 Not surprisingly, Roczen, last year’s opening round winner, was first- and second-fastest respectively, in both of Saturday afternoon’s qualifiyng sessions. After the gate dropped on the 450SX Main Event, he dispatched of holeshot winner Mike Alessi and took over the lead from Andrew Short before completing the first of 20 laps, never looking back. Over the remaining 19 trips around Angel Stadium of Anaheim, the 20-year-old, German-born rider would strech his lead to just over four seconds.

“Great weekend,” explained Roczen. “It was our first race together so it was cool to actually get going. The night couldn’t have gone any better. To come out with the win and obviously, the first for the team, I take a lot of pride in that. That makes me really happy and proud. It just shows how hard we have worked. We’re going to keep going from here. There’s more to come. It’s just good to get this first one out of the way. Now, we’ll go home and keep working.”

For his part, Carmichael was all smiles after the race. After spending the night in the television booth calling the race for FOX Sports 1, the five-time Monster Energy Supercross titlest was eager to get back to the pits and congratulate both of the team’s riders. 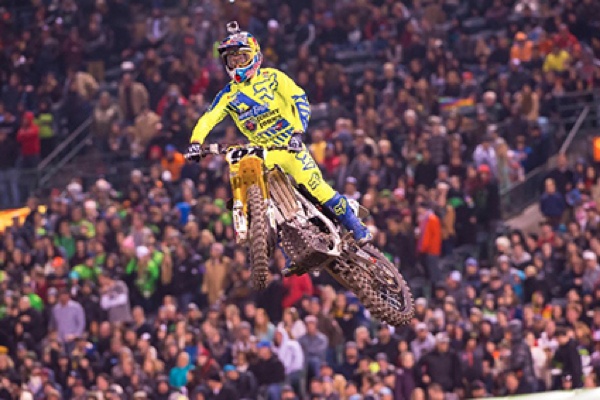 “I’m really happy for the team, Ken, Broc and all the people who have made the sacrifices that it took to put RCH in this position,” said Carmichael. “We’re like the Bad News Bears sometimes but we’ve got great personnel, great riders and a great technical staff. It’s really cool to see all the work and the plan come to fruition. Carey and I sat down three years ago and mapped out our plan but we weren’t exactly sure it would all be possible. We set our goals very high. I’m really proud of the guys in the shop who bust their tails every week. That’s who I’m most proud of.”

“I’m really happy for Broc,” Carmichael went on. “We all know he had a horrific crash last year and injuries that were almost career-ending. For him to bounce back from that and to come to Anaheim and finish eighth, I’m pretty darn happy for him.”

The 2015 Monster Energy AMA Supercross tour rolls on next weekend when Roczen, Tickle and the rest of the RCH contingent visit Chase Field in Phoenix, Ariz. The second of 17 races on the 2015 Supercross schedule will be televised live on Fox Sports 1 Saturday, Jan. 10 beginning at 6 p.m. Pacific Standard Time, 9 p.m. Eastern Standard Time.