Kevin Harvick made Monster Energy NASCAR Cup Series history by winning three Cup races in a row. A feat only accomplished 23 times in the NASCAR Series. No. 4 Harvick, in his Ford Fusion powered by the Ford FR9 engine, recorded his 40th career MENCS win and fifth win with Ford Performance. 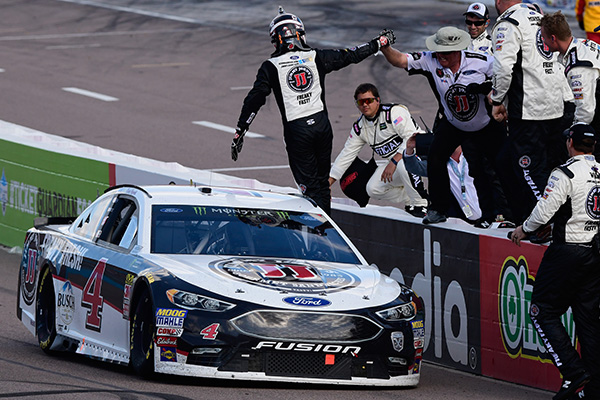 In Victory Lane Harvick said, “To come here to a race track that is so good for us is a lot of fun and everyone was just determined this week and we just wanted to just go stomp them. We didn’t stomp them, but we won. That’s all that really matters. Just proud of this team.”

Harvick did what had not been done since 2015 by Ford teammate Joey Logano and won three MENCS races in row. Coming off back-to-back wins in Atlanta and Las Vegas, Harvick took the checkered flag in Phoenix .774 seconds in front of Kyle Busch to record his third consecutive win of the 2018 season.

“We’ve been really fortunate that everyone at Stewart-Haas Racing is building us really good cars and the guys at the engine shop are giving us good engines, everyone is just doing their jobs and flowing good,” commented Rodney Childers in Victory Lane. “It means a lot to me to be in Victory Lane. To have three in a row is incredible and is something I never really dreamed about.”

The No. 4 drove a patient, but aggressive race, pacing the Ford Fusion with the field to make the right moves at the right time. After a late race run of green flag pit-stops the No.4 was in fifth place. Harvick then retook the lead with 22 laps to go and never looked back to record his ninth win in the desert at the TicketGuardian 500. 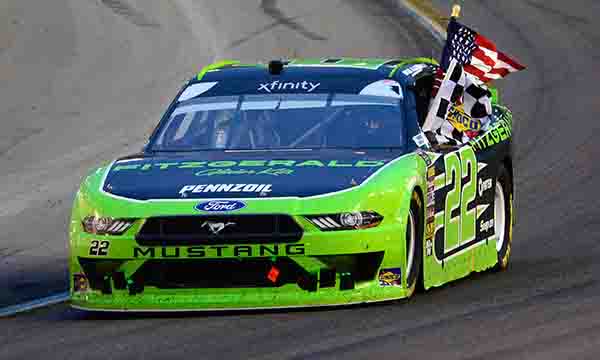 In the NASCAR Xfinity Series race, Brad Keselowski weathered a rain delayed race in the desert to win the DC Solar 200 in his first NXS start of the season. Team Penske No. 22, Keselowski picked up his second victory at the one-mile track and the 37th NXS of his career.

The NASCAR Western Swing will make its final stop at the Auto Club Speedway in Fontana, CA this weekend. Reference the full 2018 schedule on www.roushyates.com.