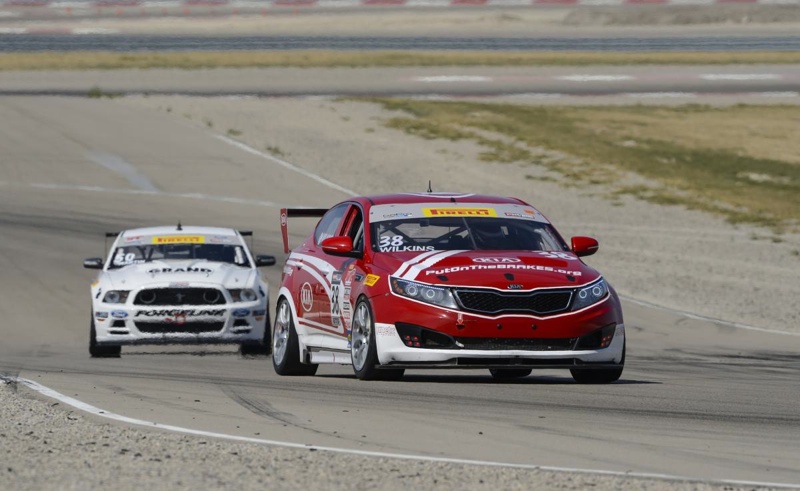 “We congratulate the Kia Racing team and our partner Kinetic Motorsports on a fantastic season in which their hard work and dedication, along with the power, performance and reliability of our turbocharged Optimas, proved a winning combination amongst some truly world-class competition,” said Michael Sprague, executive vice president of sales and marketing, Kia Motors America.  “Everyone affiliated with the Kia brand, including our customers, our dealers, our team members at Kia Motors America and at KMMG, the U.S. plant where the Optima is built, should feel proud of this achievement.”

Kia Racing drivers Mark Wilkins and Nic Jönsson combined to lead more on-track miles than any other manufacturer in the series this year. Wilkins, pilot of the No. 38 B.R.A.K.E.S. Optima turbo, finished the season third in the Driver Championship, scoring two wins and six podiums. Jönsson, in the No. 36 DonorsChoose.org Optima turbo, finished the season seventh in the Driver Championship with seven podiums, including three wins.

Rookie Jason Wolfe, pilot of the No. 36 Richard Wolfe Trucking Kia Forte Koup, scored four wins and 10 podium finishes in 2014. Wolfe’s double-podium result at the Miller doubleheader – including victory in the final round – secured him the PWC Driver Championship in the Touring Car A (TC-A) class as well as Rookie of the Year honors. Fielded by Kinetic Motorsports, the privateer effort also earned Kia a second PWC Manufacturer Championship. Kia and rival Honda Performance Development finished the year tied in points, but Kia took the title on the strength of its six wins to Honda’s five.

PWC GTS rounds 15 and 16 at Miller Motorsports Park will be televised on the NBC Sports Network Sunday, September 28, at 2:30 p.m. ET.