The Volkswagen Andretti Rallycross team will be racing at the Port of Los Angeles this weekend in an action-packed double header – and will debut the new Global Rallycross Beetle that will spearhead the team’s efforts in their 2015 championship chase. 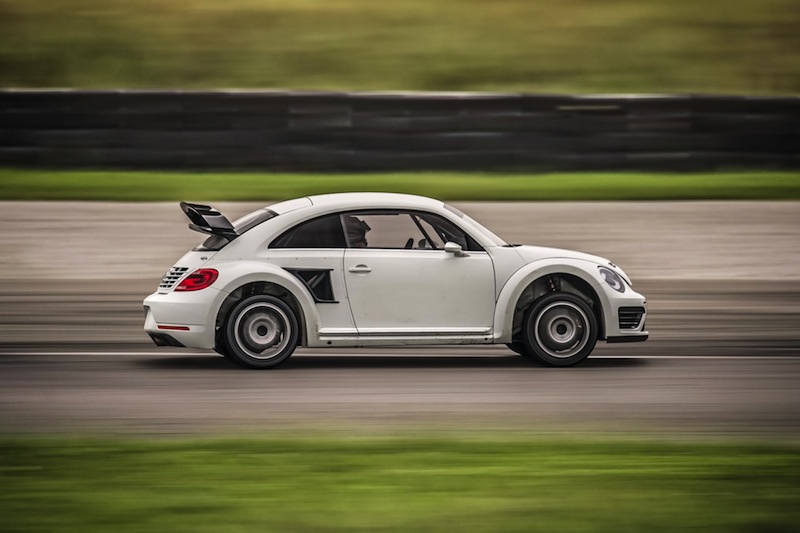 The GRC Bug features a sequential six-speed transmission, with a fixed-ratio all-wheel-drive system that features multiplate limited-slip differentials at the front and rear. It also has an all-around strut-type suspension, with ZF dampers and about 9.1 inches of travel to cope with harsh demands of the off-road portion of a rallycross course. Then there’s the 14.0-inch diameter front and 11.8-inch rear vented disc brakes, with four-piston aluminum calipers to slow it down in the twisty bits. The 17-inch wheels are shod with 240/640-R17 Yokohama competition tires.

The Beetle cuts quite a dash with its outsize rear wing, widebody fenders, and aggressive front fascia. Overall, the car is 168.8 inches long and 71.7 inches wide, and has to weigh in at a minimum of 2668 pounds, per series regulations. With this combination of low weight, high horsepower, and all-wheel-drive traction, the GRC Beetle is hardly running on flower power. It is said to be able to run 0 to 60 mph in an incredibly quick 2.1 seconds.

Scott Speed, driver of the No. 77 7UP Volkswagen, is looking to take advantage double points event in L.A.. After six rounds, he is third in points behind Nelson Piquet Jr. and Ken Block.

“The No. 77 7UP Volkswagen has had a lot of bad luck lately and we are due some good fortune – hopefully it turns up this weekend on the West Coast,” said Speed. “We will have to work extremely hard in L.A. and make sure we get off on the right foot on Friday”

Tanner Foust is in a close battle with Sverre Isachsen and Bucky Lasek for seventh position in the driver championship. The driver of the No. 34 Rockstar Energy Drink Volkswagen is pushing for podium finishes in the last four races of the season and is delighted to be given responsibility for debuting the team’s new car.

“It’s been a roller coaster season so far, but I am still very happy with the results, especially the win in New York, considering this is a new team and a new car,” said Foust. “Continuing the learning process, I will be piloting an even newer car with Volkswagen Andretti Rallycross in Los Angeles. I am very excited to compete with the new Rockstar Energy Drink Volkswagen Beetle at the Port of LA.” 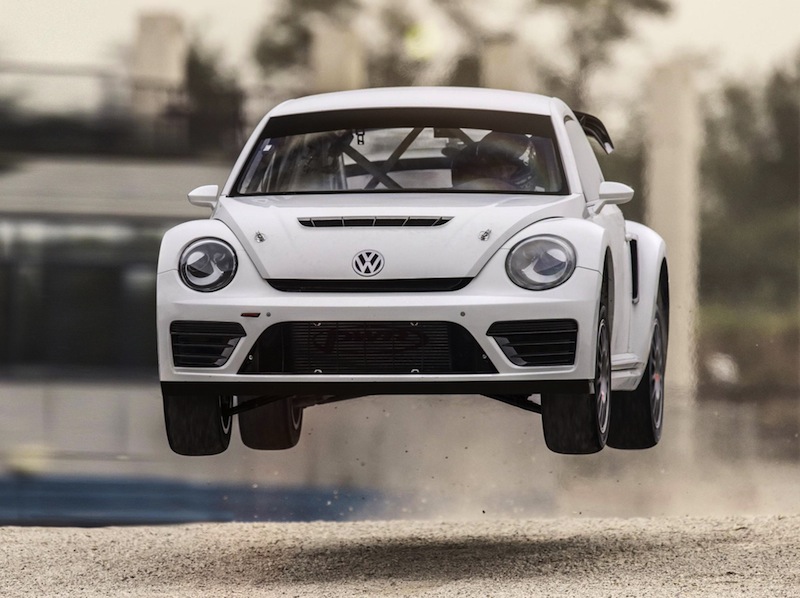