Becoming the first production car ever to have an output exceeding one mega-watt(1,000 kilowatts or 1340 horsepower,) the Koenigsegg One:1 is the latest model from the Swedish supercar manufacturer. Pursuant to this achievement, the folks in Sweden are calling the One:1 a ‘megacar’ instead of a supercar. 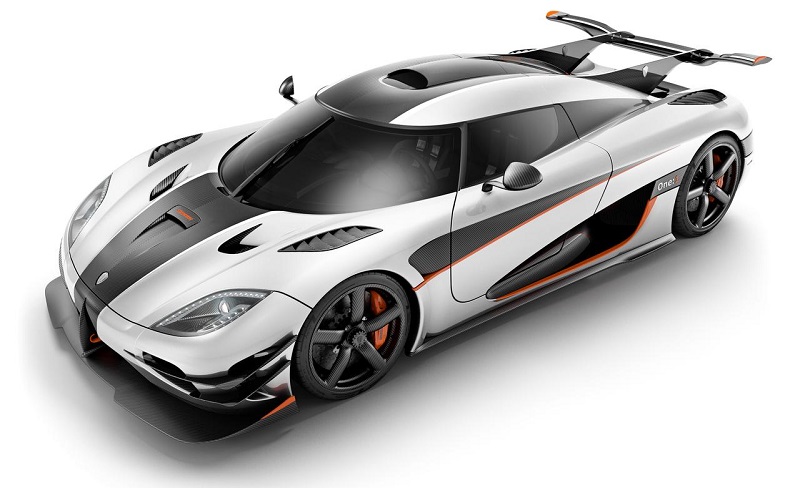 The One:1 sits atop a heavily modified Koenigsegg Agera R chassis, but the similarities are few; the One:1 has the appearance of being a distinctly different car. The One:1 upholds Koenigsegg’s reputation for maintaining a 1:1 power to weight(bhp to kg) ratio. With an output of 1,340 horsepower, the car weighs in at only 2,998 lbs. Though official performance numbers have not yet been released, Koenigsegg is already anticipating that the model will set acceleration records. One number that Koenigsegg has given us, however, is the 0-249 mph acceleration time, which they say will be less than 20 seconds. Koenigsegg has stated that they are not overly concerned with setting a top speed record for a production car. However, with 141 more horsepower than the record holding Bugatti Veyron and at a thousand pounds lighter, the car seems poised to claim the top spot. The Hennessey Venom GT, which recently claimed the unofficial top speed title, weighs in at 200 lbs. less but also boasts about 100 less horsepower. 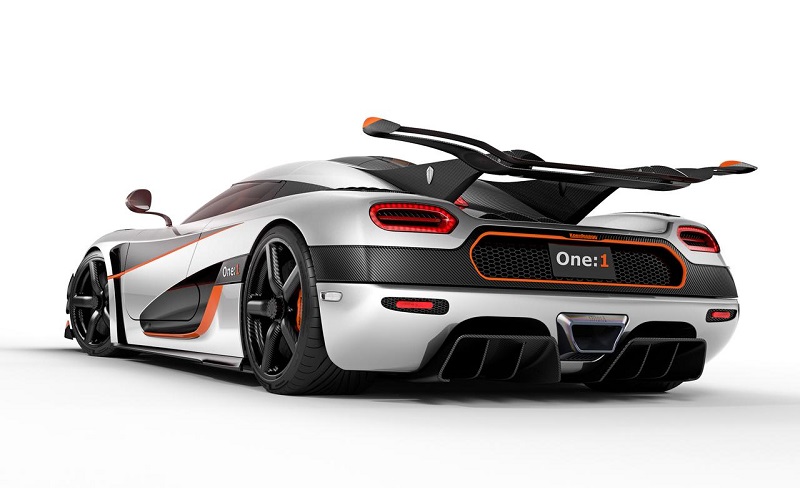 The One:1 is fitted with Koenigsegg’s twin turbocharged 5.0 liter V8, which is developed  and manufactured by Koenigsegg. While it may be smaller than some of the competition, it’s every bit as potent. Turbocharger performance sees an impressive improvement, going from 20.3 psi to 26.1 psi. The same dual clutch seven speed transmission standard to the Agera is also employed in the One:1. The engine revs at a maximum of 8,250 rpm and torque reaches 738 ft. lbs. between 3,000 and 8,00 rpm. The engine also comes with flex-fuel capability, running on E85 or race fuel. 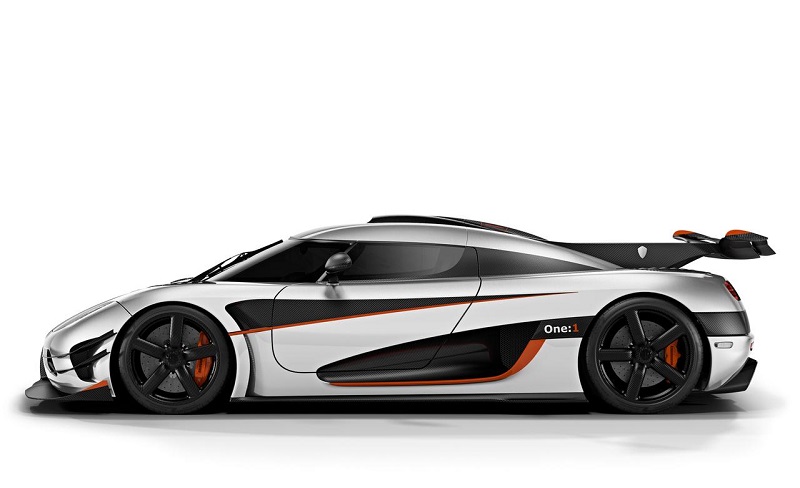 If one thing is for certain, it’s that the Koenigsegg team certainly hasn’t disappointed us. To determine exactly how well they’ve done, however, we’ll have to wait until next week when the One:1 is officially unveiled at the Geneva Motor Show. It has yet to be seen for sure whether or not this car will hang with the very best, but most of us are willing to bet that it will.