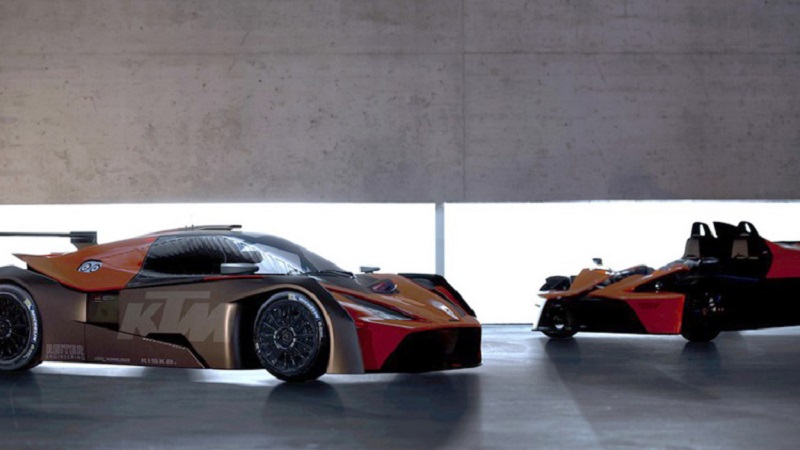 KTM has a long heritage in motorsports and is especially known for their performance motorcycles which have been so successful in events such as the Dakar Rally. When they unveiled the X-Bow not too long ago, many wondered when the vehicle would be employed in a racing application. Now, it seems the wait is a little bit closer to being over.

The all-new KTM X-Bow GTR is destined to bring the KTM name into the upper echelons of four-wheel racing. Constructing the car in partnership with Reiter Engineering, a frequent Lamborghini partner, the Austrian manufacturer has decided to spec the X-Bow to FIA GT4 competition.

The X-Bow GTR adds a good bit of body work and structure, which is not found on the stock X-Bow. These additions have been made in order to qualify the vehicle for FIA GT4 competition. The GT4 category is slightly more lax than other classes, which allows the X-Bow GTR to meet standards relatively easily.

The vehicle will likely retain the use of the VW sourced 2.0 liter turbocharged straight four, delivering power to the rear wheels, and will produce between 350 and 400 horsepower. The GT4-spec version of the vehicle will go head to head with similarly modified versions of the Nissan 370Z, the Aston Martin V8 Vantage, the BMw M3, and the Lotus Evora.

The car will not be road-legal, but it will be available for widespread private purchase. This means that either privateer teams or individuals with lots of money for a track car, will be able to purchase the vehicle. The price starts at just over $158,000, and final testing will occur at the end of this month. Series such as the European GT4 Championship and the British GT Championship have been identified as possible targets for the KTM X-Bow GTR.