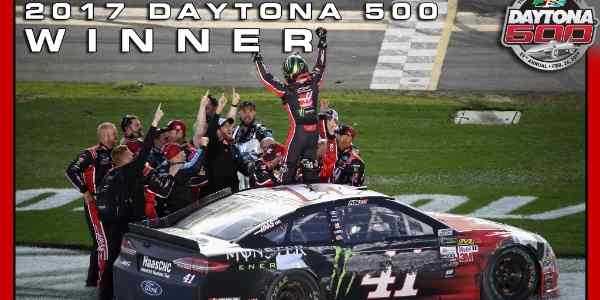 “Wow, this is unbelievable,” said Doug Yates, president and CEO of Roush Yates Engines. “We have a great team, great engines, and great drivers and were able to execute our race strategy. Congratulations to Tony [Stewart], Gene [Haas], Kurt and the entire Stewart-Haas organization. To be standing in victory lane for the second night in a row, after winning the Xfinity race last night with Ryan [Reed] and Jack [Roush Fenway Racing] is special to my family and I.”

Ford made a statement at the first running of the Monster Energy NASCAR Cup Series race, bringing 14 drivers to the Daytona. This was the 5th consecutive restrictor plate race win for Ford Performance and Roush Yates Engines.

“What a great win to start off a partnership. It is so great with Stewart-Haas and to have Kurt win it, our last Ford champion and in his first race back with Ford is fantastic,” said Raj Nair, executive vice president of global product development and chief technical officer, Ford Motor Co. “Everybody worked together so well. SHR, Penske, RPM, and Wood Brothers with the Doug Yates power. We were so fast. We knew we had a good chance and Kurt hung in there after getting caught up in that crash. He didn’t give up.” 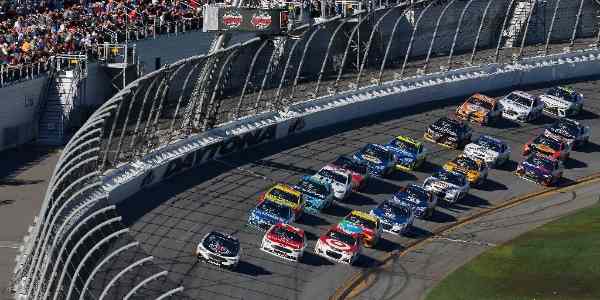 A freight train of Ford Fusions were behind Kevin Harvick the No. 4 of SHR when he took the second segment and 10 bonus points, followed by No. 22 Joey Logano in P2 of Team Penske, No. 41 Kurt Busch P3, No. 2 Brad Keselowski P4 of Team Penske and No. 10 Danica Patrick P5 of SHR.

The No. 41, Busch showed patience during the 500-mile race. Losing his rear-mirror with 30 laps to go – Busch said “I couldn’t even see out the back. And I thought that was an omen. Throw caution to the wind.” He battled back after getting caught up in a couple of incidents in earlier segments. It took his experience and a brilliant piece of driving to take the lead on the final lap and take the checkered flag.

“It has been a really long, hard winter, and I am so proud of everyone at SHR and Ford Performance,” said Tony Stewart. “They really worked their tails off to get ready. Doug Yates and everybody at Roush Yates Engines brought unbelievable power all week.”

The Fords were out in full force dominating the top of the leader board. They led a total of 76 of the 200 lap race and ended with six Ford Fusions in the top 10.