Kurt Busch got his Indy program off to an early start by unveiling his whip for the month of May with Andretti Autosport. Busch will be running the double in May, racing both the Indy 500 and the Coca-Cola 600 in Charlotte. 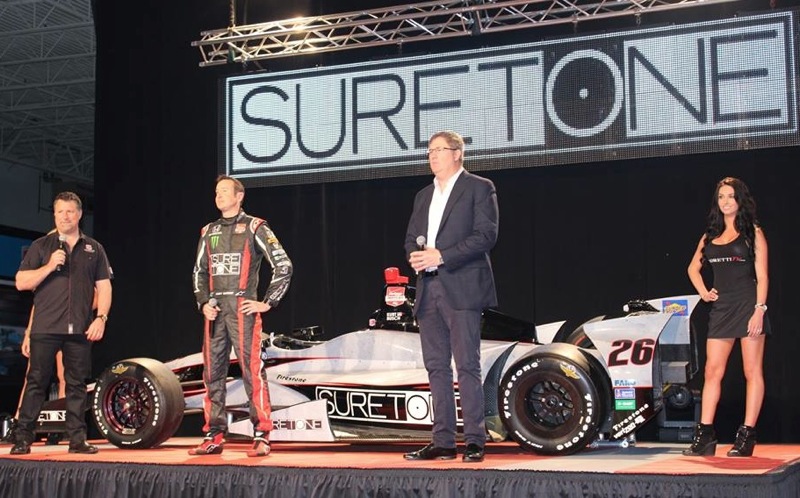 It’ll be Busch’s first attempt to run the 500, where he will be competing with other high-profile stars from the Brickyard’s past including ’95 winner Jacques Villeneuve, ’96 winner Buddy Lazier and 2000 winner Juan Pablo Montoya.

Tony Stewart was the last driver to complete the “double,” finishing both Indy and Charlotte in 2001, and he has been the most successful to date. Robby Gordon attempted to run both races for a few years after Stewart but never actually ran both races to completion for various mechanical and weather related reasons. In 2005, the start of the 500 was moved an hour earlier, which effectively ended any realistic chance to travel to both races. But in 2011, the start time for the Indy 500 was moved back to 12 noon EDT, which meant an attempt at the double was once again possible.

Kurt Busch tested with Andretti Autosport in 2013 with hopes of someday running the Indy 500, and it was announced in March of this year that he had signed a deal with the team. Busch has flirted with open-wheel racing in the past. A decade ago, he ran Bobby Rahal’s Champ Car at Sebring for a testing session when he was under a Ford contract with Roush Racing and Rahal was also with Ford. But that was just for fun.

So now, Busch will pilot the No. 26 Suretone Honda as he tries to become only the fourth driver in history to contest the “double.”

“It’s an exciting day,” Busch said. “Reality is setting in that this is real and it’s go time. For me, it’s a dream come true, but the kid in a candy store moment is all behind me. Now it’s the focus of practice time and settling in with Andretti Autosport. Just to have Andretti Autosport and to have Michael (Andretti) himself involved, this is the right way to do things. Their team experience will help lead my inexperience.”

Suretone was founded in 2006 by Jordan Schur as Suretone Records after his successful tenure of almost a decade as President of Geffen Records at Universal Music Group where he merged the original Geffen Records with MCA Records and Dreamworks Records while working with some of the world’s most successful artists ranging from Nirvana, Guns and Roses, Snoop Dogg, Mary J Blige and Blink 182 to name a few and generating more than $2 billion in sales.

Big thank you to Mr. Jordan Schur and @SuretoneEnt for joining us today! Welcome to the @FollowAndretti family! pic.twitter.com/quHrJQRAec