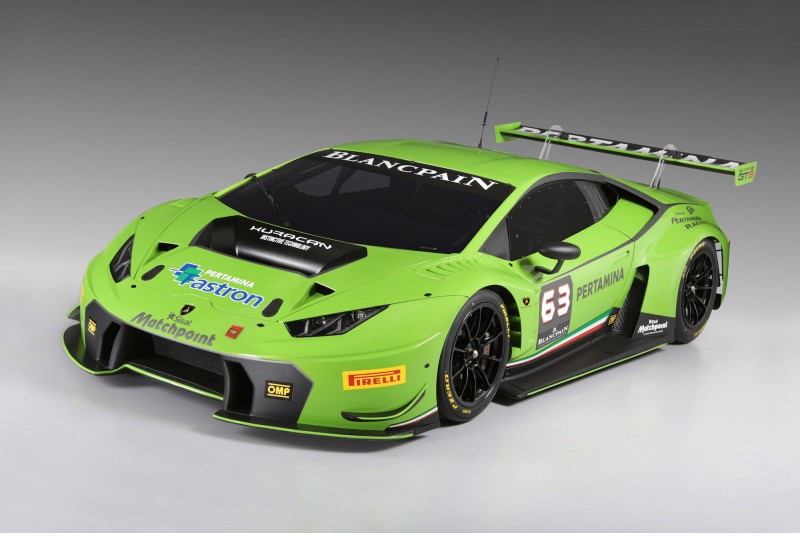 Lamborghini has announced that their new Huracan GT3 racing car, which is the racing spec version of their Huracan supercar, will be competing in the Blancpain Endurance Series, in a partnership with Grasser Racing Team.

Including such events as the prolific Spa 24 Hours, which is a 24 hours race held at the iconic Spa Francorchamps circuit in Belgium, the Blancpain Endurance Series is one of the highest classes of endurance racing in the world.

With the Blancpain Endurance series being a host to privateer teams more so than manufacturers, Lamborghini has partnered with Grasser Racing Team (GRT,) an Austrian racing team which will field two Huracan GT3s for the 2015 season.

The Huracan GT3 will make its racing debut at the opening round of the Blancpain Endurance Series on April 11-12 of this year. The aforementioned one-make series will begin on this date as well.

Various upgrades have been made to the car over the road-going version, with Lamborghini partnering with Dallara Engineering for some of the exterior alterations made to the car. A massive rear wing has been fitted, along with upgraded cooling.

The car weighs in at 2,700 lbs. and employs an aluminum-carbon chassis with composite components used on the exterior. An FIA roll cage and upgraded safety measures have also been added. A weight distribution of 42-58 front-rear has been achieved, with the massive six piston front and four piston rear caliper brakes.