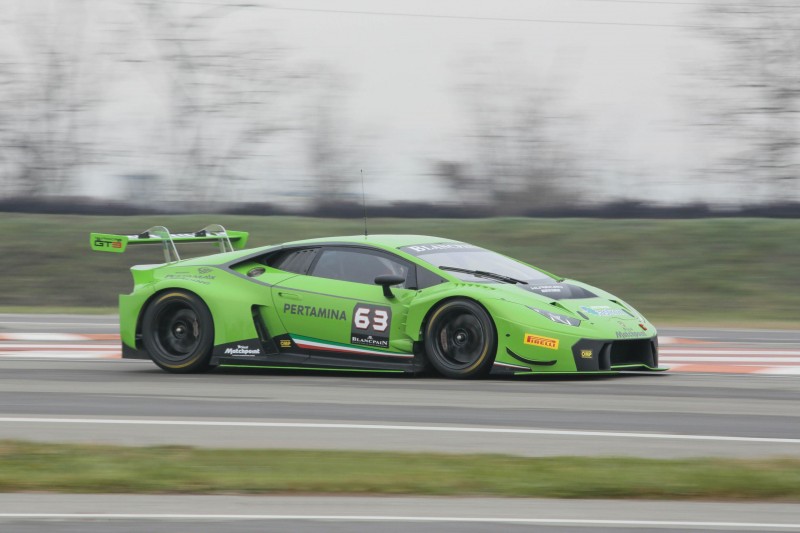 In this extremely important two-day test, laps were completed by all six official Lamborghini Squadra Corse drivers involved in this year’s Blancpain Endurance Series. Fabio Babini, Jeroen Mul and Andrew Palmer joined the track on Wednesday while Adrian Zaugg, Mirko Bortolotti and Giovanni Venturini were out on the circuit yesterday.

In a demanding session which involved more than 45 cars, the Lamborghini Huracán GT3 demonstrated its potential as it covered an impressive number of laps.

The Huracan GT3 will make its racing debut at the opening round of the Blancpain Endurance Series on April 11-12 of this year. The aforementioned one-make series will begin on this date as well.

Various upgrades have been made to the car over the road-going version, with Lamborghini partnering with Dallara Engineering for some of the exterior alterations made to the car. A massive rear wing has been fitted, along with upgraded cooling.

The car weighs in at 2,700 lbs. and employs an aluminum-carbon chassis with composite components used on the exterior. An FIA roll cage and upgraded safety measures have also been added. A weight distribution of 42-58 front-rear has been achieved, with the massive six piston front and four piston rear caliper brakes.