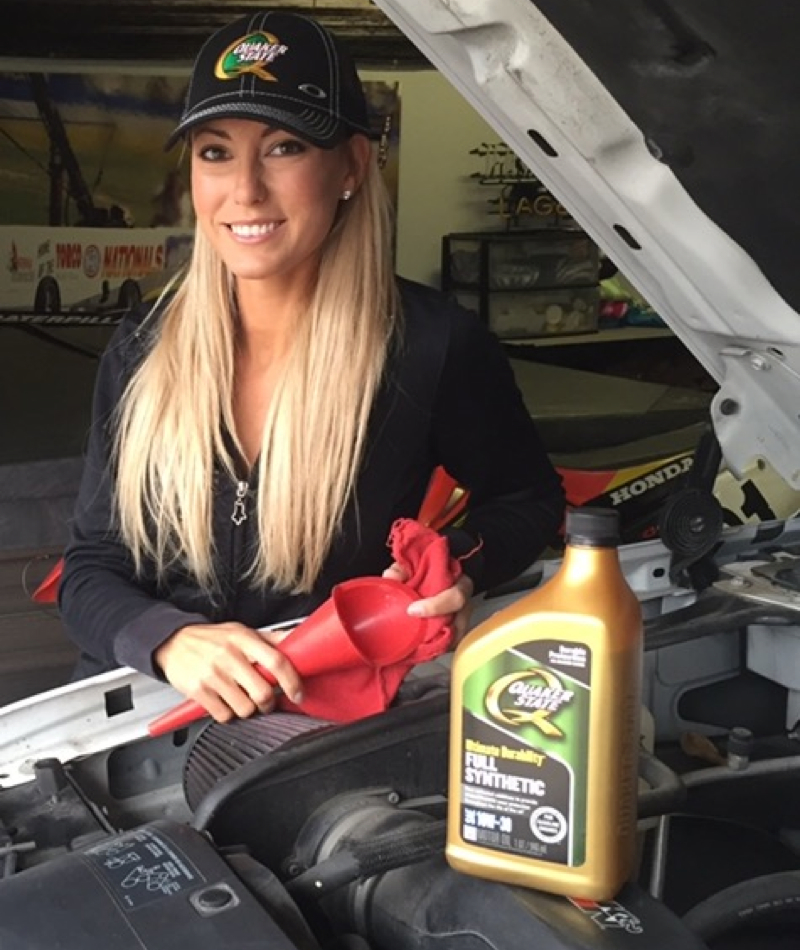 This will be Pritchett’s first full NHRA Mello Yello season since joining the Top Fuel ranks in 2013. Pritchett began her racing career at the young age of 8 years-old in Jr Dragster before moving on to a successful Nostalgia Funny Car and Pro Mod driving career.

“The opportunity to run a complete NHRA Top Fuel Season has been a goal that I have worked towards for a very long time,” said Pritchett. “I am beyond excited for the opportunity to focus on making the countdown next season, compete for a Championship, work alongside Bob Vandergriff Jr., and re-introduce the Quaker State brand back into the NHRA.  This dream is now a reality, thanks in large part to the vision of Bob Vandergriff Jr., as well as the support of great companies and people along my way to this personal and professional milestone, and of course my fans.”

Quaker State will be the primary sponsor of five NHRA races with associate sponsorships on both BVR Top Fuel Dragsters. Vandergriff is working hard in the off-season to secure more sponsors for the remaining races on the schedule. Quaker State has a long history with NHRA dating back to the 80’s. The last car they sponsored was Tony Pedregon’s Nitro Funny Car which won the 2007 NHRA Funny Car Championship.

“Bob Vandergriff Racing has presented Quaker State with an opportunity to get back into the NHRA, and we couldn’t be more excited for the 2016 season,” said Gita Gidwani, Quaker State Global Brand Manager. “Quaker State is a hardworking motor oil that has great synergies for working with a hardworking and dedicated driver like Leah Pritchett and we look forward to backing her as she continues her impressive NHRA career.”

Dave Connolly returns to BVR to drive the C&J Energy Services Top Fuel Dragster in 2016. In Connolly’s first season in Top Fuel he went to the finals three times and finished #10 in points. Connolly is definitely excited for what 2016 holds for BVR. “I think this team continued to grow as the year progressed and even though we didn’t get that first win this year for Bob as a team owner, I know it’s coming in ’16. February can’t get here soon enough.”

“We have two young drivers with extensive racing backgrounds, so 2016 should be an exciting year for BVR,” added Vandergriff. “Our goal is to put both Dave and Leah in the top 10 and take home the championship this year.”