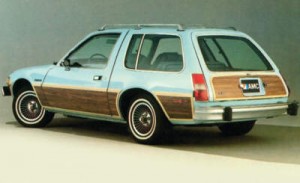 1. AMC Pacer: The Pacer was supposed to get a GM Wankel rotary engine. If this were the case, the four plugs would have been easy to access. But thanks to emissions problems, the Pacer would get the regular AMC straight six. This forced the engineers to put plugs 5 and 6 under the windshield. It could be done, but more often than not, these plugs were never changed. 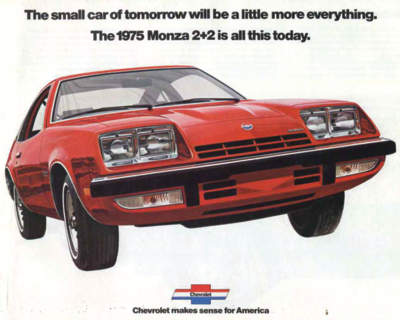 2. Chevy Monza V8:Like the Pacer, the Monza was designed around the stillborn GM Wankel rotary engine. The rear plugs had to be serviced by lifting the engine and accessing them through the wheel wells. Rumor has it that the spark plug socket with wrench flats was invented for this job. 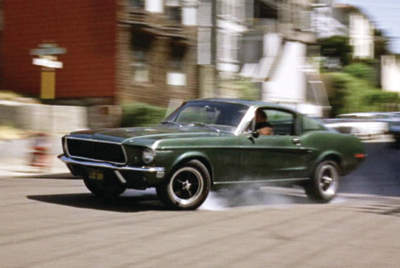 3. Ford Mustang or Cougar with the 390 or 428: These combinations are the stuff of spark plug legend. The book time for this change was typically quoted between 6 to 8 hours because the engine had to be moved off the mounts and lifted to access the rear plugs. One solution was to drill holes in the firewall to get at the plugs. Some techs had factory-style floor pan plugs that looked like they were part of the factory firewall. They claim that using this method could cut the job down to one hour of labor. 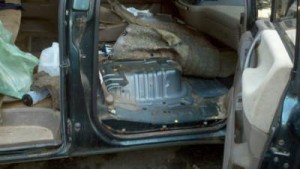 4. Toyota Previa: This minivan is just about the only spark plug job where seats need to be removed as part of the procedure. The engine on this van was a four-cylinder turned on its side, positioned under the passenger seat. To get at the plugs, you had to remove the passenger seat and a large access cover. As a technician, there isn’t much worse than having to tear up the interior of a vehicle. The cover was always cemented in place with spilled coffee and soft drinks. 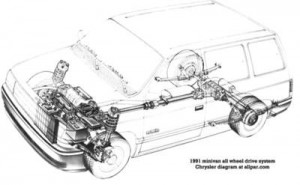 5. 1990s Chrysler Minivan with all-wheel-drive: Minivans with transverse mounted engines are already difficult. The typical Chrysler minivan spark plug maneuver was to go in from the bottom, but on the all-wheel-drive version, the transfer case and driveshaft blocked access to the plugs. One of the solutions on later models is to remove the cowl that holds the wipers and linkage. You can remove the air box on some models. 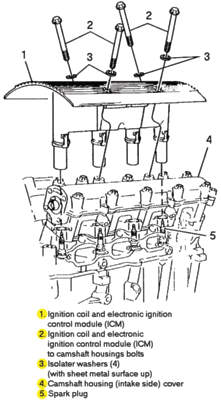 Did you hear GM fixed the Quad 4?
Yea, they stopped making it.

The reason the Quad 4 makes this list is the boots/wires that connect the spark plugs to the coil pack. These boots reside between the intake and exhaust camshaft housings and were subjected to heat and leaking oil. If the boots were not replaced as part of a plug swap, there was bound to be trouble in the form of misfire codes. The coil pack also always developed problems after it was removed.