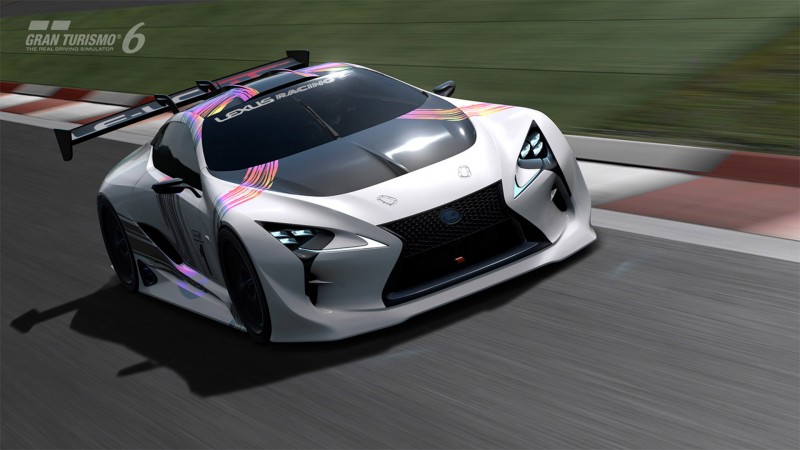 Though the Gran Turismo Vision concepts may be getting a little old by now, this latest one from Lexus is certainly no disappointment. The series of virtual cars unveiled by several automakers is in celebration of the 115th anniversary of the Gran Turismo video game series, which saw the overseers challenge automakers to release their own renditions of vehicles for the game.

Lexus’ concept, entitled the LF-LC GT, differs form many of the other cars made by automakers, because it will likely actually come to production. The car is essentially a racing tuned version of the LC GT concept which has been floating around car shows since about 2012. The LC-LF GT is reminiscent of several racing versions of its smaller cousin, the RC coupe. The RC coupe competes in several racing series, such as Japan’s Super GT, and is also available for purchase to compete in GT3 class competition.

Though the exact power-train specifications of the car have not yet been produced, the car is does have several visible elements of interest. A vented hood to increase intake flow complements a full body kit with a side-mounted exhaust and a huge rear wing. Lexus even stated that the tail lights were inspired by the afterburners of a fighter jet- pretty intense.

Lexus has also told us that a racing version of the car will likely come to fruition. The ultimate goal is for it to compete in the 24 Hours Nurburgring, but that may be a little ways off. Notwithstanding any aspirations of its real-world cousin, the virtual rendition of the LC-LF GT will be available for free download in Gran Turismo 6  for PlayStation this spring.