Lingenfelter Performance Engineering (LPE) has released its expertly tuned performance package series for the new, 2014 Corvette Stingray, with power starting at 550 horsepower and reaching as high as 750 horsepower with forced induction.

The seventh-generation Corvette’s new 6.2-liter “LT1” engine features technologies that include direct injection, variable valve timing and cylinder deactivation. With calibration of this all-new control system key, Lingenfelter engineers developed tuning for the C7 by relying on their direct-injected architecture expertise gained in-house through Lingenfelter’s 2014 GM truck program and through consultancy work for other OEM suppliers. 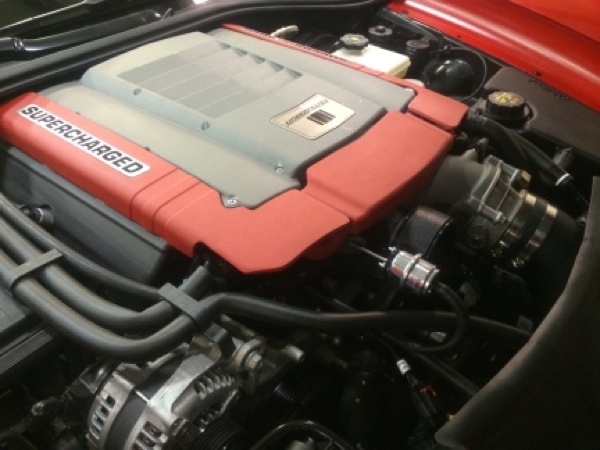 “The 2014 Corvette Stingray is one of the most exciting new cars in years and the Lingenfelter team wasted no time in turning out a series of highly-anticipated performance upgrades that deliver uncompromising drivability in addition to horsepower,” said Ken Lingenfelter, CEO/Owner, Lingenfelter Performance Engineering.  “We’re privileged to have such talented engineers on our team, whose level of passion for performance drives them to produce reliable, road-ready systems.”

Lingenfelter’s Chief Engineer Graham Behan led the calibration charge on the new control system, allowing the greater airflow enabled by the CNC-ported cylinder heads and higher-lift camshaft to be converted into more power at the rear wheels. With years of proficiency in tuning GM’s LS engines, Behan’s performance-engineering resume includes contributing to the development of the advanced “LT5” engine, which powered the landmark 1990 Corvette ZR-1.

Initially Lingenfelter also will offer higher-power C7 packages as custom builds, some of which will be added to the “standard” package list, such as the twin turbo application.