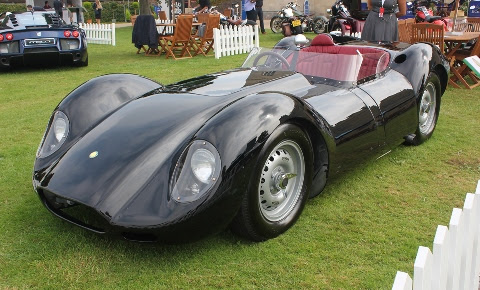 To continue its 60th anniversary celebration and its support of historic motorsports, Lister Motor Co. has announced it will sponsor the “Race Series of the Year” at the International Historic Motoring Awards. The fourth edition of this event will be held in London in November.

Race Series of the Year is one of the 14 categories that will be recognized at a dinner. Fans are being invited to nominate in all categories prior to October 1. Previous winners of the award have been the FIA Masters Historic F1 championship (2013), the Royal Automobile Club’s Woodcote Trophy (2012) and the pre-63 GT championship (2011).

After voting closes, the final decisions will be made by a panel of industry experts including five-times Le Mans winner, Derek Bell; Jaguar’s Director of Design Ian Callum; Pink Floyd Drummer and historic racer Nick Mason and comedian Jay Leno.

“We are really pleased to be cementing our commitment to historic racing by sponsoring this category at these prestigious awards,” Lister chairman Lawrence Whittaker said: “The majority of our 60th anniversary cars will be used for racing, so it is important for us to support this burgeoning industry with both our sponsorship of this award and the presentation of the Brian Lister Trophy for Lister cars, which will be awarded for the first time in the New Year.”

Until October 1, nominations in all categories can be made via the website www.historicmotoringawards.com. The awards ceremony will be held at the St Pancras Renaissance Hotel in London on the 20th November. For additional information and to arrange interviews, please contact: Claire Furnell [email protected] +44 00 7921 898 132 or Peter Haynes [email protected] +44 00 7738 883 259