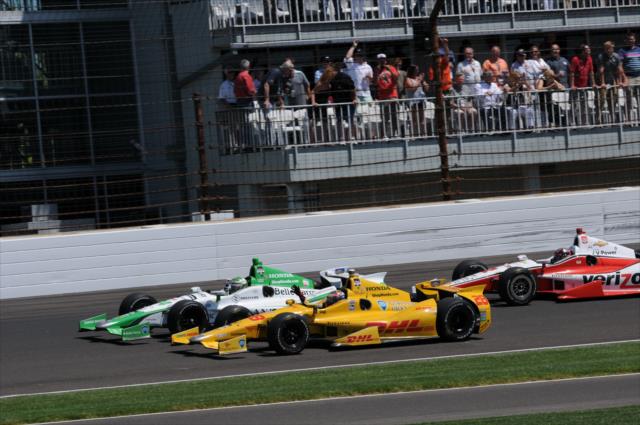 Last week, the racing community was dealt news that the inaugural IndyCar event of the season had been cancelled. The race was set to be held in the Brazilian capitol city of Brasilia. Now, we have news that the reason the race was canceled was due to the local government not wanting to spend money to support and subsidize another sporting event.

Brasilia hosted the FIFA World Cup this past summer, and political and social groups have been actively protesting the decision of the local government of the city to continue to support sporting events, while also providing other subsides to sporting groups. The groups highlight concerns such as rampant poverty within the city, expressing the belief that it is wrong to fund sporting events such as IndyCar in light of these issues. The city is also in dire financial trouble and did not have sufficient funds on hand to meet its funding obligations.

The opposition eventually triumphed, with the IndyCar race, scheduled for March 8, being cancelled. The event will not be rescheduled, with a statement from IndyCar opining,

“IndyCar has explored several possibilities in an attempt to find a replacement even. The series said in a statement. “Due to the lack of time for suitable planning and the limited number of options, the series has concluded it is not feasible to organize a replacement race on that weekend. IndyCar will determine other opportunities for its teams and drivers at that time following a review of the current testing schedule.”

This leaves the 2015 IndyCar season for 2015 consisting of only 15 races in the continental United States and one held in Toronto, Canada.