Joey Logano captured the win at Phoenix International Raceway in dramatic fashion to secure his spot in the NASCAR Sprint Cup Championship finale. The No. 22 of Team Penske advances to the Final 4 at Homestead-Miami Speedway for the title.

The power beneath the hood of the No. 22 Ford Fusion, a Ford FR9 V8 race engine, was built exclusively by Roush Yates Engines in partnership with Ford Performance. The Ford FR9 provided the horsepower Logano needed to take the lead in double-overtime and reach victory lane in the Can-Am 500.

“There was so much on the line and everyone brings their A-game when it comes to winning championships, and this team did it,” said Logano in victory lane. “I couldn’t be more proud of this team. Roush Yates Engines bringing the heat again…I’m speechless right now.” 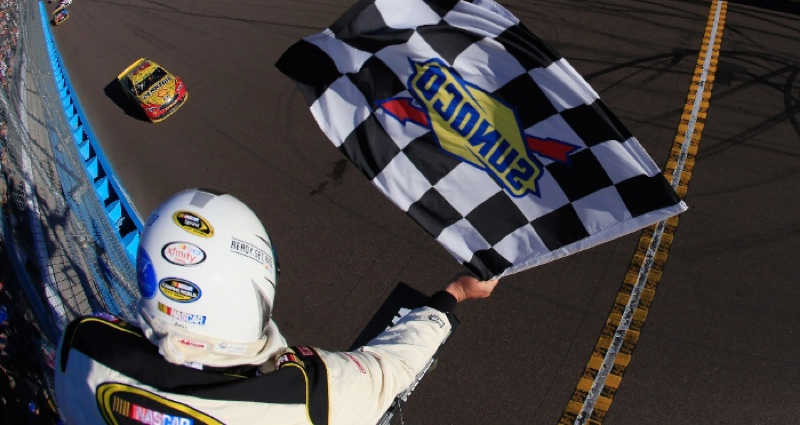 Logano, won his first race in Phoenix and marked Ford’s 15th win at the track since 1988 with Alan Kulwicki, and now will take Roger Penske to the championship round in his 50th anniversary year.

“I’d have to say that today the team really was disciplined. It executed the pit stops. I think you saw that almost at every stop we picked up two or three spots, and Joey’s restarts were classic Logano,” commented Roger Penske, Team Penske team owner. “I mean, no one was able to be as cool as he was and take the position. For me here on our 50th year to have this success, it’s pretty special.”

Logano started the race third in Chase points (+1) above the cut line. After early race contact, Logano battled hard and ran in the top five for most of the race. He fought hard during the pressure packed 312 mile race, leading a total of 58 laps. Ford Performance teammates No. 21 Ryan Blaney finished P8 and Brad Keselowski finished P14. 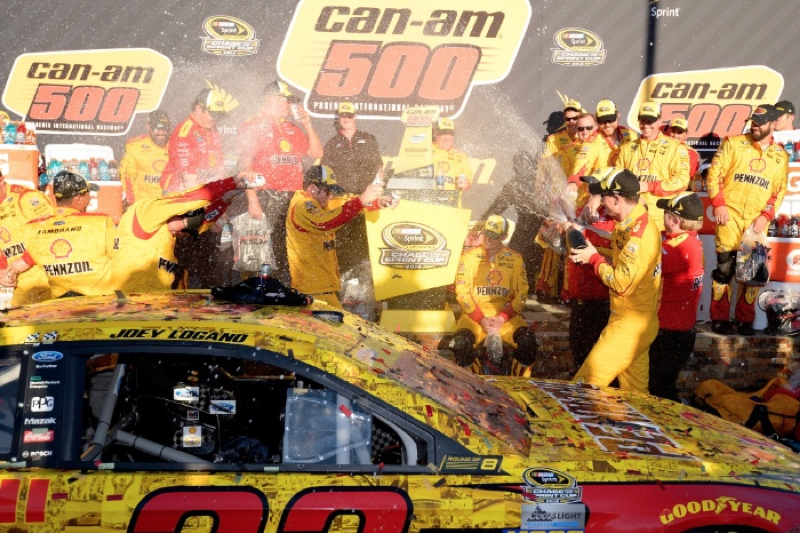 “Congratulations to Joey, Roger and the entire 22 team,” said Doug Yates, President and CEO of Roush Yates Engines. “What an epic race. We (Roush Yates Engines) are so proud to be part of this amazing team with Ford Performance and Team Penske. We need to savor this amazing win and get ready to race next weekend for the title.”

With a championship title on the line, the team is peaking at the right time and will build on this momentum to push to the finale. It all comes down to the Ford EcoBoost 400 in Homestead-Miami for the championship this coming weekend.