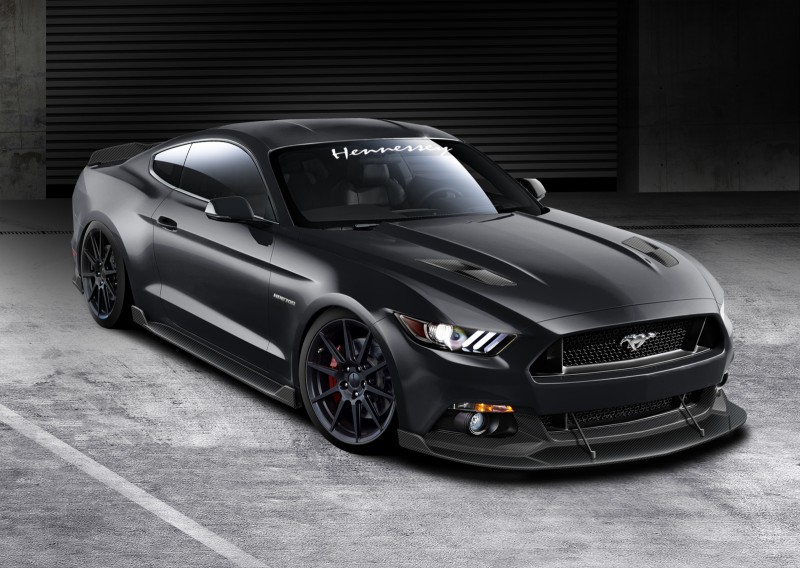 With everyone talking about the Challenger SRT Hellcat and the new Corvette Z06, a lot of people thought the Mustang had been left in the dust while Ford was off licking its wounds. This may or may not have been true, until Hennessey unveiled what they had done to the Mustang.

The engineers at Hennessey Performance Engineering took a Mustang GT with the 5.0 liter Coyote V8 and turned it into one hell of a machine. In fact, the Hennessey Mustang puts out a whopping 717 horsepower- surpassing that of the Hellcat. According to John Hennessey,

“Our HPE700 Supercharged upgrade will elevate this Motown Missile’s performance to rival some of the fastest European sports cars. We can’t wait to share our specially tuned Mustang with the world!”

Internally know as the HPE700, the model will see only 500 units go on sale and will be introduced for the 2015 model year. With a starting cost of $59,000, the HPE700 will be available for purchase at all of AutoNation’s 37 ford dealerships in the US. It is also rumored that Hennessey is currently working on a version of Mustang 2.3 liter EcoBoost, but nothing official has been released yet.

A few of the upgrades included on the HPE700 include,  carbon-fiber bodywork, including an added front splitter, side sills, rear diffuser and rear lip spoiler, a special Brembo braking package with 15.1 inch front rotors, and Hennessey H10 wheels with Michelin Pilot Super Sport 2 Tires.

It looks like Roush and Shelby American have their work cut out for them if they want to remain the premier modifiers of the Mustang, because the HPE700 will be one formidable machine.