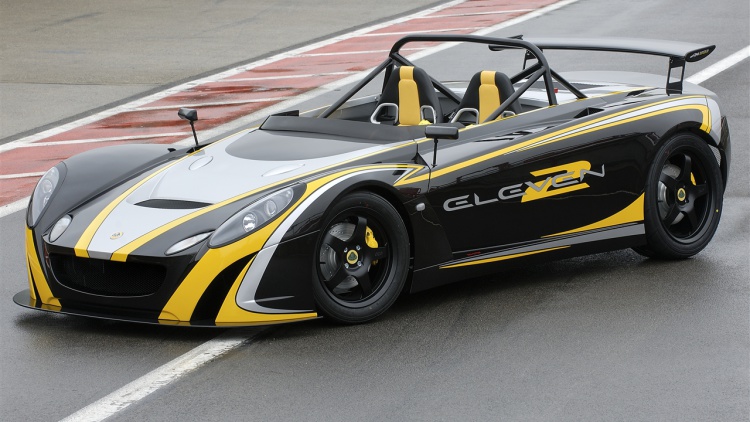 The Lotus 2-Eleven was a bare-bones, stripped-down Exige that weighed in at only 1,500 lbs. but produced around 252 horsepower. The model was in production between 2007 and 2011, before fading away. However, now we have word via Lotus Cars that a replacement will be presented at the Frankfurt Motor show this year.

The 2-Eleven captured the essence of the Lotus brand’s track-focused and lightweight ethos. To some, it seemed reminiscent of the long departed Lotus Seven or the original eleven from the 1950s; Colin Chapman would have undoubtedly been satisfied. Now, the replacement, entitled the 3-Eleven, of which only 311 examples will be built, aims to recapture that appeal.

A next generation of the Eleven will employ the 3.5 liter supercharged V6 found in the Evora and soon to come to the Elise and Exige model lines. The engine is a Toyota sourced power-plant that has been employed by Lotus Cars for quite some time now.

The Evora 400, which is now the most powerful Lotus in history, uses the engine to produce 400 horsepower and 302 lb ft. of torque, so it’s interesting to consider the possibilities of this engine being placed in a speedster reincarnation of the 2-Eleven. The new 3-Eleven is confirmed to produce around 420 horsepower, which puts it at a higher output than even the Evora 400.  However, the real surprise is the car’s curb wight- a mere 1,962 lbs.

Led by new CEO Jean-Marc Gales, the company is in the midst of a global turnaround. After taking drastic measures like laying off a quarter of their staff, the Lotus is on the rebound with global sales up 50%.