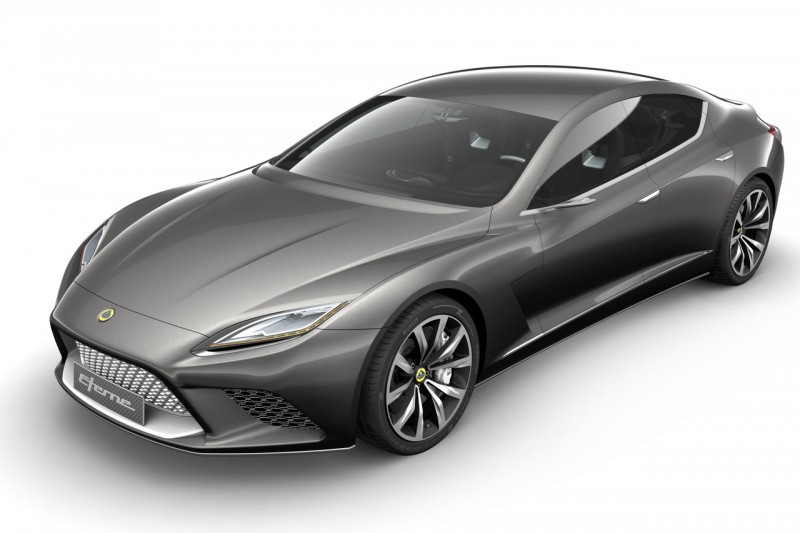 According to reports from Malaysia, the location of Lotus’ parent company and owners, the English sports car manufacturer may be developing a sedan and possibly a crossover for future sale.  A few years ago, when Danny Bahar took over as head of the company, they released an ambitious plan to reveal six new models in the coming decade. This was seen by some as being too auspicious and, following a restructuring of the company and Bahar’s departure, all we got in the way of a new model was the Evora.

But now it seems Lotus is finally on the path of innovation again and is now pursuing new platforms. Lotus isn’t alone in the slew of sports car manufacturers to be pursuing crossover and sedan models. Porsche is aggressively pursuing these new segments with new models, such as the Panamera and Macan, and the likes of Lamborghini, Aston Martin, and Maserati have all demonstrated a possible commitment to the crossover and sedan market, or both.

However, Lotus may be distinctly different from the aforementioned marques in terms of identity and specialty, and the question becomes not an issue of whether or not they can, but whether they should. Lotus is in a league all of its own compared to many other sports car/performance marques, being known primarily for compact, lightweight roadsters and coupes. Would it be logical for them to jump right into the arena of sedans and crossovers? Some would say not.

Still, the Evora, released in 2011 represents a significant expansion of the marque’s model lineup. The largest car in Lotus’ line, it has a curb weight of a whopping 3,100 lbs, which is quite heavy for a Louts, and employs a modified Toyota 3.5 liter V6 for power. The Evora could be seen as a model that bridges the gap between the compact Lotus vehicles of the 1990s and 2000s and a future of larger Lotus cars and crossovers.

As far as a power-plant is concerned, it would be sensible for the current 3.5 liter Toyota mill to be employed in a larger sedan or crossover, though the series of four cylinder engines employed by Lotus on the Elise range could also be an option. Lotus also seems to stick to the trend of supercharging its performance models, rather than turbocharging, but his may or may not change; the twin-turbo V6 is becoming almost a staple of the industry.

Lotus has teased us with concepts of sedans and crossovers before. The pictured vehicles include the APX crossover concept , debuted at the 2006 Geneva Auto Show and the Eterne sedan concept, shown at the 2010 Paris Motor Show, which was partially the brainchild of Danny Bahar. Of these two, it seems more likely that an Eterne-esque sedan would make its way into the Lotus model range, but only time will tell.