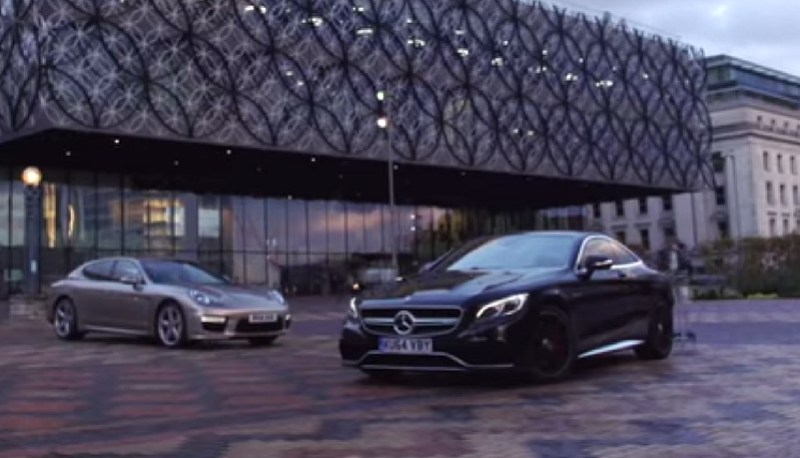 What happens when you pit two of the most luxurious cars on the market against each other? There were a lot of choices for this match-up, and the Porsche Panamera and the Mercedes-Benz S-Class Coupe aren’t exactly two that come to mind. But now that we’ve mentioned it, you’re probably intrigued.

British car magazine Auto Express decided they liked the match up as well, so they decided to put it together. An obvious difference here is that the Panamera is a four door, and the S-Class variant tested is the coupe version of the car; on a seemingly unrelated note, the S-Class Coupe is an incredibly unique and awesome car, that is still relatively new to the world.

However, many of the cursory differences stop with the aforementioned. The cars are both similarly sized, varying by mere inches; The S-Class is 1.2 inches longer and has approximately one more inch between the wheels. But the S-Class is a solid 300 pounds heavier than its Stuttgart built cousin.

The substantial weight difference may be the S-Class’ downfall, considering that the cars are about evenly matched in terms of power. Naturally, the variant of the Panamera used here is the Panamera Turbo S, which employs a twin turbocharged 4.8 liter V8, putting out a very respectable 570 horsepower. The Benz employs a bi-turbo 5.5 liter V8 that just barely edges out the Porsche with 577 horsepower.

Though this match up is a bit odd, this combination will sure be a good one. Hats off to Auto Express for putting this together. Be sure and watch to find out the result!