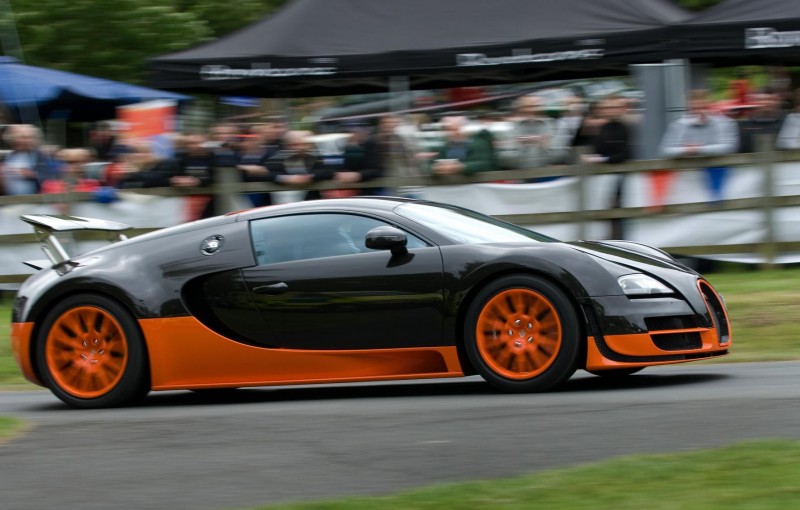 The Bugatti Veyron has gained a reputation as one of the most lavish and expensive new production cars offered for sale on the planet. In fact, the Veyron’s reputation as a luxury car of sorts has even near surpassed its reputation for record setting performance. If one car has become a status symbol among members of the elite and celebrity class, it’s most certainly the Veyron. We all know that each Bugatti Veyron costs well in excess of 1.5 million dollars, but just how rich are Bugatti owners as a whole, compared with your average luxury car owner?

The answer is- very. Because everyone wanted to know, Bloomberg compiled a report on the characteristics of the Bugatti brand and your average Bugatti owner, and the results were a bit startling. Apparently, the average Bugatti owner has 84 cars. But it doesn’t end there. On average, each owner also has three private jets and at least one yacht. Your average Bentley owner has only just eight cars in the garage, paling in comparison. The report cited sources high up within the VW organization as the source of these figures, including the former head of both the Bugatti and Bentley brands.