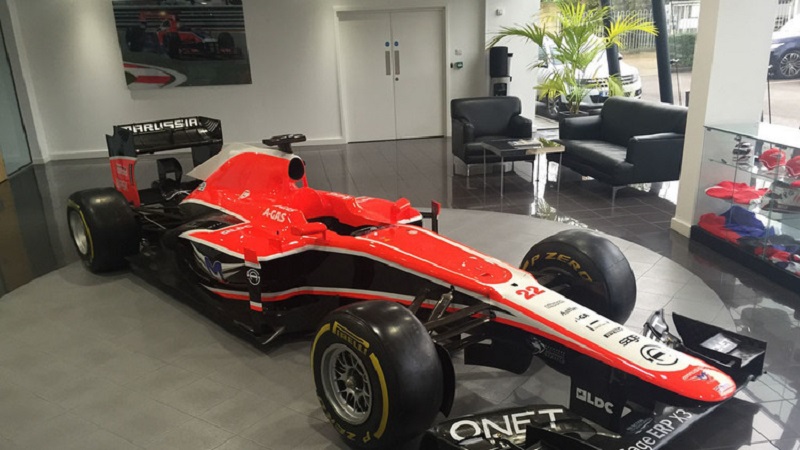 About a month ago, we heard news of  one of the final nails in Marussia’s coffin- Haas F1 was reportedly buying the team’s facility and some of their old designs. There was also word that an auction of the team’s assets would be held soon. However, this auction has now been halted by the administrators, in a last ditch effort to find a backer for the team.

Marussia is on the 2015 entry list as Manor Grand Prix, but most had consigned the team to failure and expected not to see it in 2015. However, when the scheduled auction for the team’s assets was cancelled this week, it got our attention. One of the team’s bankruptcy administrators, John Booth, gave comment on Marussia’s situation,

“A planned auction of the Company’s remaining assets due to commence on Wednesday 21 January 2015 has been halted to allow for discussions to continue with a third party.”

Booth also revealed that not only was the auction suspended indefinitely, but that there was definitive reason to be hopeful, opining that the state of negotiation was,

“at a fairly advanced stage with a new investor – a credible investor”.

Naturally, any bid would see the team use equipment from 2014 and it would use the same cars as well. The team would also be behind, having not partaken in any testing events for this season. Nonetheless, Booth described Marussia’s chances of survival as “pretty high.”