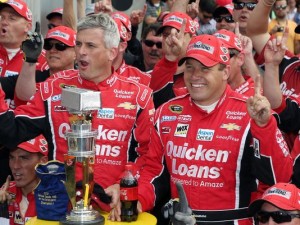 Tim Nelson, director of motorsports for Federal-Mogul, had this to say about Borland: “Matt has been at or near the top of our Problem Solver standings all year, which speaks to the consistency that helps make Stewart-Hass Racing successful…But he’d be the first to remind us that this battle isn’t over until next week at this time, so I’m sure he is already thinking about Homestead.”

In the event of a tie, the trophy and 100,000 dollar grand prize will go to the racer with the most Sprint Cup points.