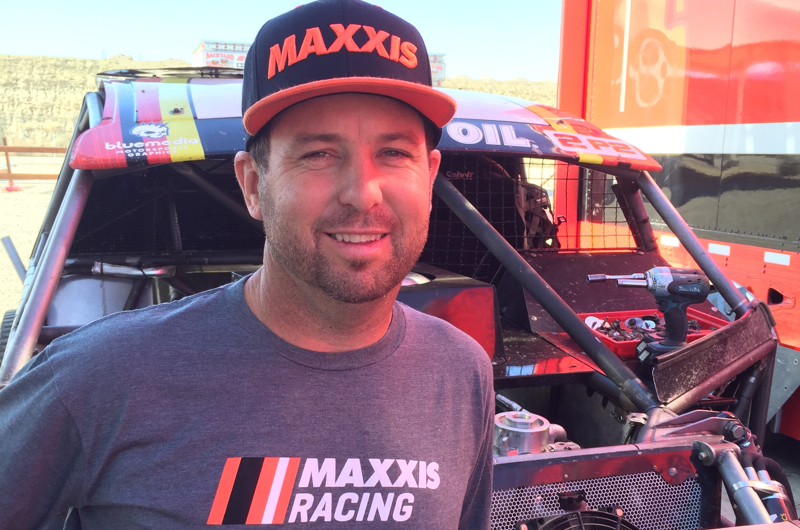 In an expansion of its previous sponsorship of Jeremy McGrath, Maxxis will now be the title sponsor for the racing legend in 2016. The recently signed three-year deal raises Maxxis’ profile in the world of off-road racing.

McGrath will return to the Lucas Oil Off-Road Racing Series in a new Maxxis/McGrath Pro-2 truck. Maxxis has sponsored McGrath since 2014. In addition to his racing efforts, McGrath will serve as a brand ambassador for Maxxis’ various market segments. The company’s products include tires for all of the disciplines in which he has competed, and for the past two years, he has assisted Maxxis engineers in motorcycle and race tire development.

“We are excited to enter this new phase of our relationship with Jeremy,” said Brad Williams of Maxxis. “He is such a natural fit for the Maxxis brand. His achievements as a driver and an athlete span the range of tires we offer.” In addition to being an off-road racer, McGrath is a seven-time AMA Supercross Champion, avid mountain biker, ATV rider, and is in both the BMX and AMA Motorcycle Halls of Fame. “His multi-discipline lifestyle makes him the perfect ambassador to showcase Maxxis’ various product lines. We’ve been proud to be linked with him for the past two years, and we’re thrilled to build on that relationship,” Williams added.

Commenting from his Southern California race shop as he prepared for the upcoming season, McGrath was equally pleased: “Maxxis has been dedicated to my team since day one. Their commitment and passion for racing helped me get on the podium five times last season and to win my first race as a team owner. Knowing I have the best tires under my truck gives me the confidence to race hard and get back on the top step. I am very happy and could not ask for a better partner then Maxxis Tires!”

The LOORRS season begins March 19-20 in Chandler, Arizona. Maxxis is proud to sponsor Jeremy McGrath and looks forward to cheering him on to victory throughout the year.