Announced in 1989 at the Chicago Auto Show, the first-generation MX-5 Miata drove onto the world stage with the promise of reviving the roadster: a fun-to-drive, lightweight, open-roof sports car for those who loved cars and loved to drive. With more than 949,000 MX-5s sold over the last 26 years, and scoring hundreds of awards around the world, it is safe to say that Mazda’s goal of creating a vehicle tailored for pure driving pleasure has been a success. 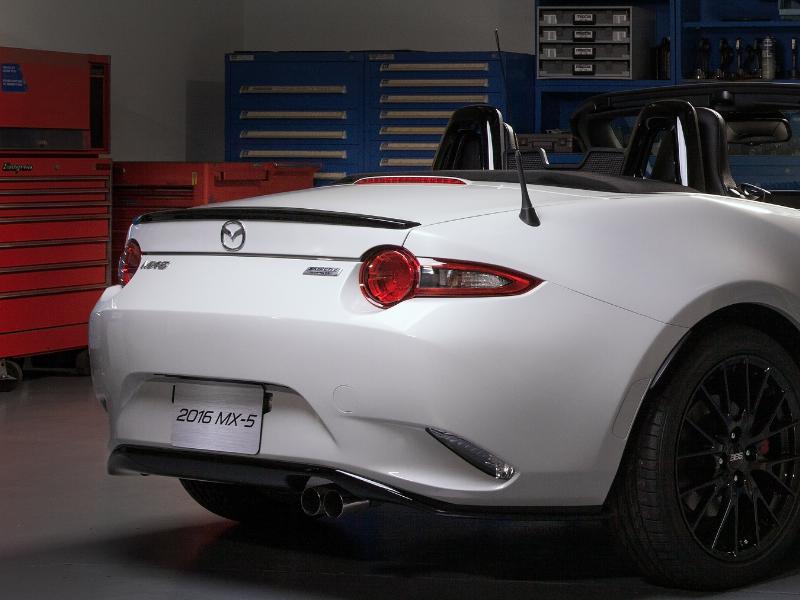 This year at the Chicago Auto Show, Mazda will reveal a 2016 MX-5 accessories design concept of the company’s iconic roadster, which will preview what may be in store for those looking to personalize their cars. Also being shown for the first time will be MX-5 merchandise design concepts from Mazda’s upcoming Heritage Collection — three apparel collections inspired by key themes of Mazda’s past, present and future.

Mazda will be located at booth #SH10 at the Chicago Auto Show taking place inside the McCormick Place convention center. In addition to unveiling the 2016 MX-5 accessories concept and Heritage Collection apparel concepts, Mazda will be hosting a number of activities throughout the show. Attendees will be treated to live ESPN Radio broadcasts with “Carmen and Jurko” and “Waddle and Silvy”; free autograph signings with NHL legend Jeremy Roenick, former Chicago Bulls star Stacey King and former “Rookie of the Year” and All-Star Chicago Cubs pitcher Kerry Wood; and ride and drives in the latest Mazda vehicles will be held outside of the convention center. The ESPN 1000 live radio broadcasts and autograph signings will occur during the following days and times, which are subject to change:

Mazda’s ride and drive is open to consumers on Saturday, February 14 through Sunday, February 22 starting from 9 a.m. to 6 p.m. CT (Saturday, February 14 ends at 5 p.m. CT). The ride and drive starts outside of the North Hall adjacent to Gate 21 in the bus and taxi loading area. Consumers can register at the Mazda Booth or at the Mazda stand in the lobby of the auto show. Available vehicles will include the 2015 Mazda3 and Mazda CX-9 along with the refreshed 2016 Mazda6 and Mazda CX-5.

Mazda North American Operations is headquartered in Irvine, Calif., and oversees the sales, marketing, parts and customer service support of Mazda vehicles in the United States and Mexico through nearly 700 dealers. Operations in Mexico are managed by Mazda Motor de Mexico in Mexico City. For more information on Mazda vehicles, including photography and B-roll, please visit the online Mazda media center atwww.mazdausamedia.com.