The Mazda VISION COUPE has won “Concept Car of the Year” at the 11th-annual Car Design Night Geneva held during the Geneva Motor Show.

The panel of 18 judges who selected the VISION COUPE included several individuals currently serving as design directors at global automakers. It’s another honor for Mazda’s concept, which was named “Most Beautiful Concept Car of the Year” last month in Paris at the 2018 Festival Automobile International. 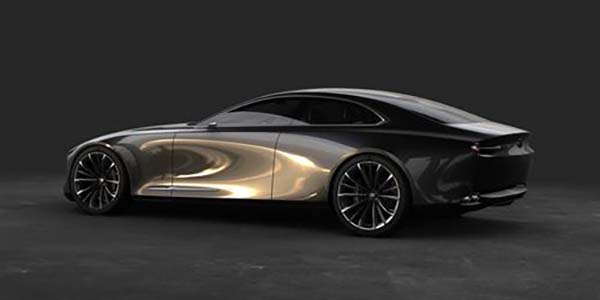 “Following on the Paris award, we are delighted once again to have VISION COUPE recognized with a global design prize. It’s truly an honor to have this model, which aims to express the essence of Japanese aesthetics, applauded by some of the world’s top car designers,” said Ikuo Maeda, Mazda’s managing executive officer in charge of design and brand style. “The essence of this design concept will be evident in the next generation of Mazda cars, the first of which is due to be launched in 2019.”

Revealed in Tokyo in 2017, the VISION COUPE represents the next phase for Mazda’s KODO – Soul of Motion designs, whose expression of vitality and dynamism was evolved in pursuit of an essential Japanese aesthetic. The concept’s flowing and deceptively simple “one motion” form speaks of elegance and quality.

Car Design Night Geneva is held every year to coincide with the Geneva Motor Show.