An awesome display of Shelby Cobras and Shelby Mustangs awed the largest crowd to ever attend the Muscle Car and Corvette Nationals (MCACN) in Rosemont, Ill., on November 19-20. The event also featured Corvette Triple Crown judging, many reveals of special muscle models and a large indoors vendor area and swap meet.

“The Cars of Carroll Shelby” were featured in two long rows directly in front of the spectator entrance. The Shelby products included such specialty models as the first 427 Cobra built and the storied Shelby 350H Mustang that was made for Hertz Rental Cars and became known as the “Rent-A-Racer.” 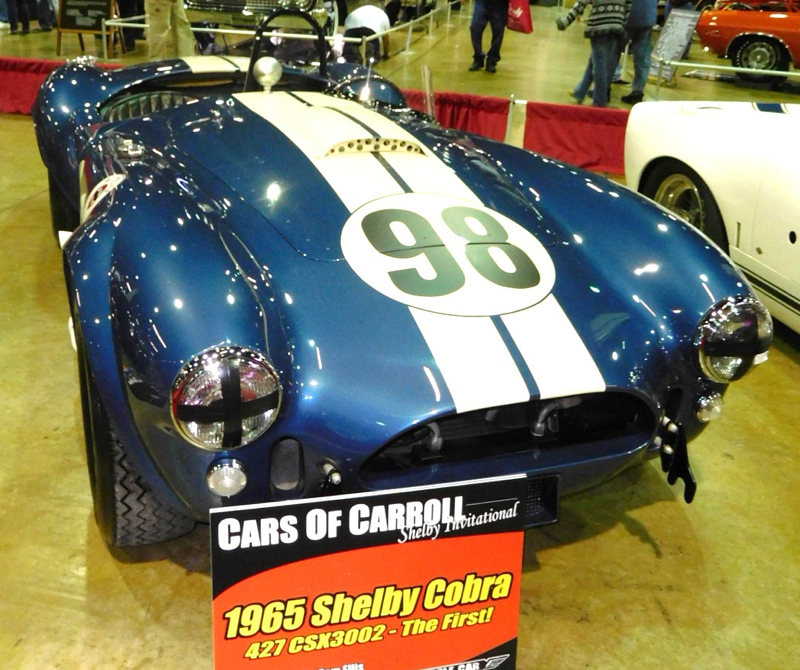 Also to be appreciated at the show were nearby circles of “Corvette Legends” cars and Boss Mustangs. In the Shelby area, two ultra-valuable Mustang Boss 429 fastbacks were on display. In all, 536 cars and trucks were on display indoors at the Donald E. Stephens Convention Center.

Not all of the muscle machines were from Detroit’s big Three. In the lobby was the 1963 Studebaker Avanti that Andy Granatelli took to Bonneville that year to set records with. Borrowed from the Studebaker National Museum in South Bend, Ind., the car was lettered up with the names of sponsors and the records it had set. There were also a number of AMC cars displayed inside the hall.

Celebrities including Linda Vaughn and Courtney Hansen were at the show signing autographs and dozens of automotive authors were there signing books they had written. Well-known automotive photographer Al Rogers was on hand to promote the multi-colored Hemi ‘Cuda created by the Wellborn Musclecar Museum Collection and based on a sales catalog rendering.

Bob Ashton, the manager of the show, told Speedville that the large crowd at the show on Saturday morning was the largest ever and a sign of how the event is growing each year. Ashton’s ability to attract the most famous muscle cars and Corvettes to Chicago each winter is a talent not overlooked by the enthusiasts attending MCACN. “I don’t know how they do it,” is often said. 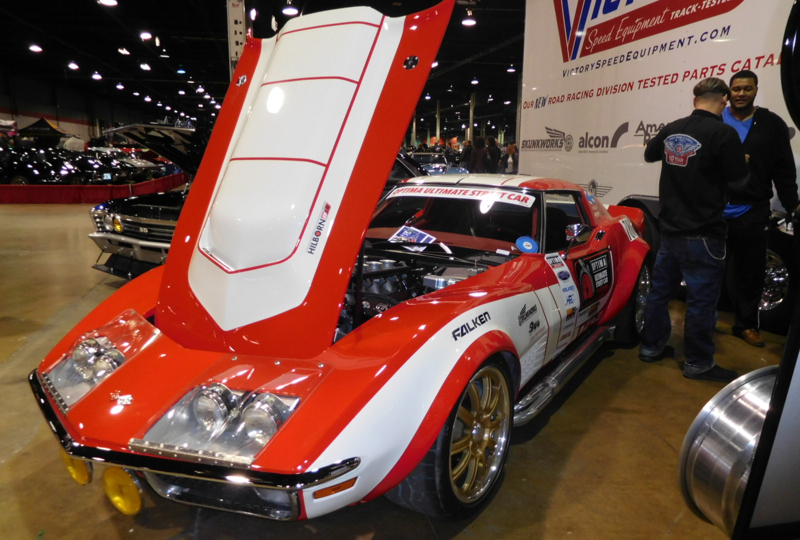 Dana Mecum—the auctioneer who claims to sell more muscle cars than anyone else—had his show trailer serving as the centerpiece of MCACN. It was surrounded by some hot Mopars and several drag racing style Chevy 409s. At the other end of the hall was “Mr Chevy,” with his ’55 Stovebolt gasser and matching ramp truck. He told us he’s been invited to the 2017 National Roadster Show, which might be a first for a truck. 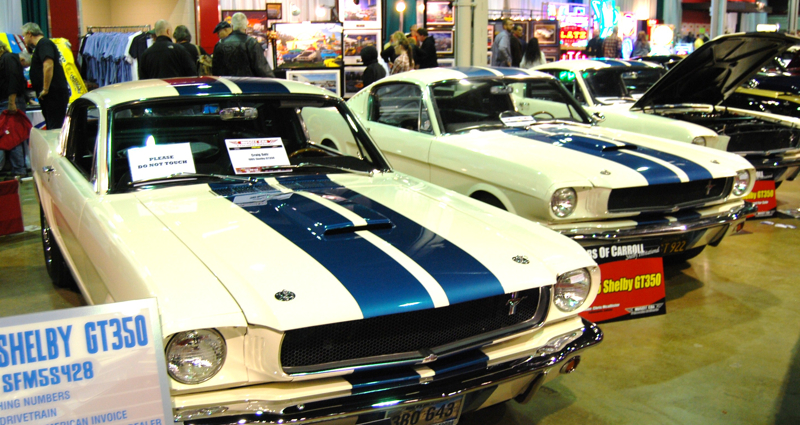 MCACN was also a learning experience for many enthusiasts who attended the informative seminars in the rear of the hall. They ranged from Jim Mattison talking about secrets of Chevrolet history to presentations about muscle car and Corvette tires. With so many experts in one place at one time, it’s no wonder this show is considered the best event of its type in the nation. That reputation was proved again in 2016.