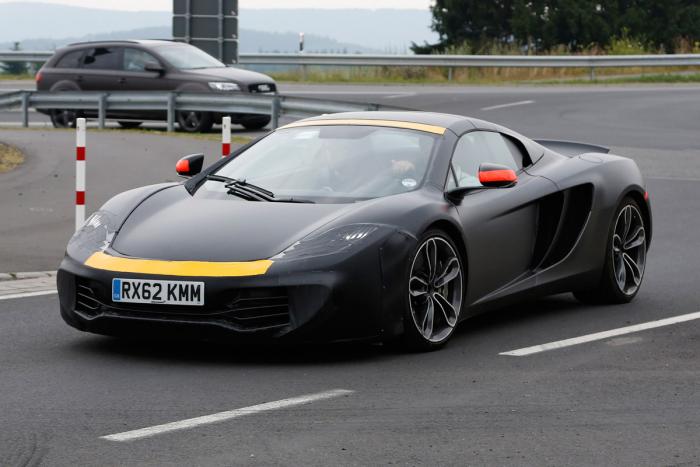 McLaren is known as one of the most dominant forces in racing.  With its Formula One team second only to Ferrari in motorsport’s highest echelon, it is safe to assume the McLaren team is a force to reckoned with.

As most car enthusiasts may already have known, besides it reputation in Formula 1 racing, McLaren has recently launched the 650S and the impeccable P1. These cars are known worldwide not only due to their vast amount of power and speed, but because of the shear genius put into the engineering of the vehicle itself. But they’re not stopping there. Why not be fast, powerful and economically efficient?

In an interview with with Edmunds, McLaren CEO Mike Flewitt explained that in 10 years the company is aiming to produce between 4,000 and 6,000 cars annually and that “all models will be hybrids, even if some use a basic form of hybridization.” Flewitt even went on to say that there is a good chance for an “all electric car” in the near future.

McLaren, after all, is the only supplier of electric motors for the new Formula E Championship. One type of vehicle McLaren has no intention of building at all is an SUV, though Flewitt didn’t completely shut it down. “We have no technology or platform suitable for an SUV, and it’s not what McLaren is about,” Flewitt said. “Never say never, but it’s not in the thoughts of the management or the shareholders—we are a sports car maker.”

While on the topic of the highly anticipated P13, it can be assumed that the new model will be unveiled at the Geneva Motor Show 2015 in early March next year. It will then hit the market in September of that year and cost two-thirds the price of the 650S ie. 135,000 pounds or roughly 250,000 American dollars. Additionally, Flewitt has previously confirmed that the P13 will use a variation of the 3.8-litre twin-turbocharged V8 engine used by the 650S and P1 and previously, the 12C. While it will be the least powerful car in McLaren’s line-up, Flewitt is confident it will be the best driver’s car in its segment.

“McLaren is consistent. It will be the best driver’s car in its segment. That’s what we do. All our cars have low-capacity powerful turbo engines and are light and have a carbon fibre tub.”

Production will take place at the McLaren Production Center in Woking, England, where all McLarens are built, and output is expected to be between 2,000 and 2,500 units per year. Together with the 12C and P1, the P13 will see McLaren’s annual production reach the 4,000 vehicle target promised by Ron Dennis during McLaren Automotive’s early days.