Three years after launching at the Pebble Beach Concours d’Elegance, McLaren Special Operations (MSO) will return to the fairway of the 18th hole at the famous Pebble Beach automotive weekend with unique examples of the McLaren P1 and the recently launched MSO 650S Spider. 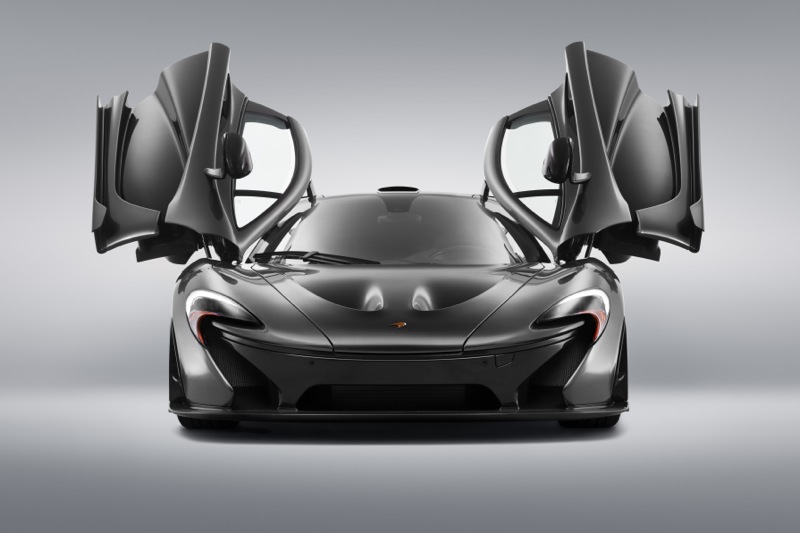 McLaren Special Operations division was launched in 2011, and offers a full personalization service for McLaren owners. The dedicated division grew out of McLaren’s Customer Care program, which goes back more than 20 years to the days of the McLaren F1 production car, and continues to look after servicing and maintaining cherished F1s for owners, as well as undertaking personalization work for all McLaren models.

Commissioned by a North American customer, the McLaren P1 to be shown features a host of custom options that subtly mark this car out, and is on display publicly for the first time. Using the famous McLaren Orange paint throughout to accent the aerodynamic form of the groundbreaking car, the Pebble Beach debut is a showcase of what MSO can offer on the McLaren P1.

The McLaren P1 GTR design concept will be unveiled during an exclusive preview at the McLaren Brand Center on the 18th Fairway at the Pebble Beach Lodge on Friday, August 15, and will make its public debut on the Pebble Beach Concept Lawn over the course of the weekend.

The unique example of the 916PS, 217 mph hypercar is subtly modified to mark this example out from the other 170 examples which have been built to date. At the front, silver finishing to the aluminum radiator grilles sit below the gloss carbon fiber bumper. Above this, a McLaren Orange speedmark adorns the hood. On closer inspection, these subtle and considered upgrades run throughout the entire car, and combine to create a truly stunning one-off example.

The bodywork is finished in exclusive Stirling Grey, with the rich metallic finish complemented by gloss carbon fiber, and punctuated by further McLaren Orange accents. Along the profile of the car, brake calipers finished in the heritage color are mounted behind body-colored alloy wheels, while an orange ‘P1’ logo on the leading edge of the rear wheelarch is inspired by the labeling used on the test mules during the development of the McLaren P1.

The dramatic rear of the car is enhanced further by 24 carat gold heatshields around the engine bay and inconel exhaust. The material, famously used on the no-compromise McLaren F1 of the 1990s and still used today on McLaren Formula 1 cars, due to its reflective and heat resistance qualities, is a contrast against the dark paintwork and Satin Nickel-finished Stealth Pack. The upper surface of the twin element rear wing is finished in body color, while the lower is bare carbon fiber, further amplifying the stealthy appearance. This sits on top of McLaren Orange detailing, with the upper sections of the wing pistons adding further contrast. A custom aluminum grille is fitted above the carbon fiber bumper, and is framed by the iconic LED tail light design.

The interior has been tailored with extensive use of carbon fiber and Alcantara, with the upholstery used on the MSO steering wheel. The lightweight carbon shell racing seats are fitted with a four-point harness, while further subtle contrasting details feature throughout with Stone Grey binding and stitching on all upholstery, and McLaren Orange accents on the center console. Custom Satin Nickel-finished airvents mimic the finish found on the exterior exhaust finisher. 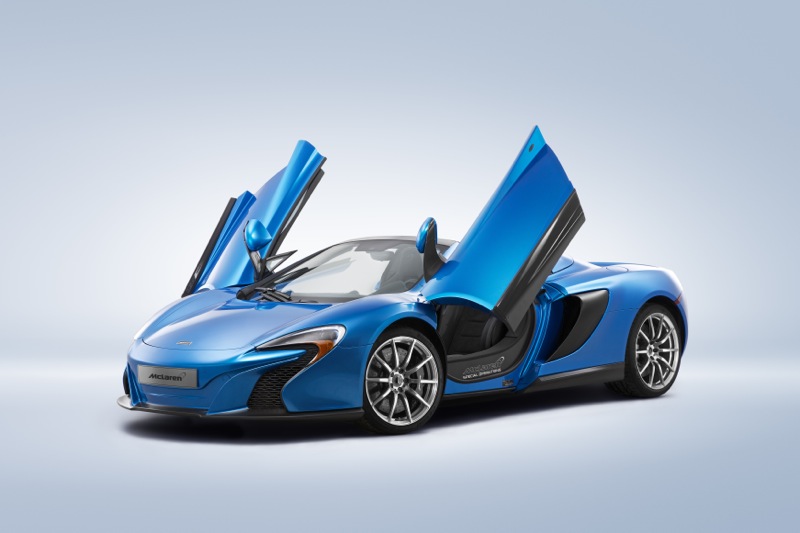 MSO will also be showcasing a one-off version of the MSO 650S Spider, which has been designed in collaboration with McLaren Newport Beach and McLaren Automotive Design Director Frank Stephenson. This unique example of the MSO 650S Spider is based on the already exclusive MSO 650S, which made its debut last month at the Goodwood Festival of Speed, and is one of just 50 examples with unique styling upgrades, including extensive satin-finished carbon fibre, giving a subtle and purposeful look.

The exterior has been finished in Cerulean Blue, a bright and eye-catching paint designed by MSO which includes a heavy metallic flake and offers a deep gloss shine under the Californian sun. This special color contrasts against the satin carbon fiber detailing seen on the front bumper, side air intakes, and on the center section of the rear bumper and large MSO rear diffuser. The exterior design is complemented with the use of chrome on the exhaust finishers and the 10-spoke Super Lightweight alloy wheels.

The cabin is upholstered with carbon black leather with a contrasting blue stitch throughout, extending on to the steering wheel, dash and doors. The seats also feature a McLaren speedmark embroidered in to the headrests and continue with the blue contrast stitch on the outer edges. Opening the dihedral doors shows the MSO branded carbon fiber sill panel, highlighting the lightweight MonoCell chassis, while satin lacquered carbon fiber upgrades are present throughout the driver and passenger zones.