McLaren Automotive will be offering a track-only version of the new Ultimate Series McLaren Senna, to be called the McLaren Senna GTR.

Unveiling the McLaren Senna GTR Concept at the Geneva International Motor Show, McLaren Automotive CEO, Mike Flewitt, confirmed that up to 75 examples of the most extreme McLaren car will be hand-assembled in Woking, England, during 2019. 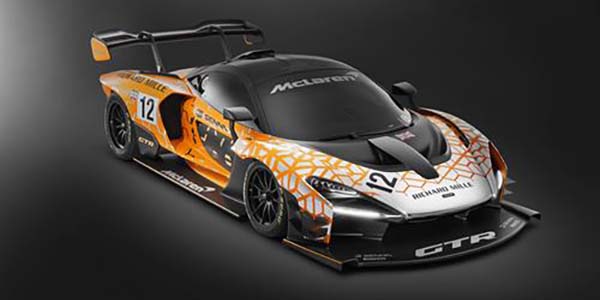 “Excelling on the track underpins the heritage of the McLaren brand and is as important and relevant today as it has ever been,” explained Mike Flewitt. “The track-only McLaren Senna GTR will have more power, more grip and more downforce than the McLaren Senna and post even faster lap times; the very limited number of customers who secure this car will be buying the closest experience you can get to a race car without actually lining up on a circuit grid.”

Expressions of interest will be taken at the Geneva Show and thereafter, with exact technical details of the McLaren Senna GTR confirmed later this year. Based around the same carbon fiber Monocage III structure as the McLaren Senna to ensure the core strength and rigidity needed for a top-flight track car, the McLaren Senna GTR will be similar in weight to the 2,641 lbs. lightest dry total of the road-legal McLaren Senna. With more power and greater torque from the 4.0-liter twin-turbocharged V8 engine than the 789bhp and 590 lb.-ft. of torque developed in the road car – horsepower will increase to at least 814bhp – the car will be faster than the ‘standard’ model in a straight line. The additional benefit of a race-style transmission, revised double wishbone suspension and Pirelli slick tires – together with up to 2,205 lbs. of downforce – will ensure that the McLaren Senna GTR will also post the quickest McLaren circuit lap times outside Formula 1. 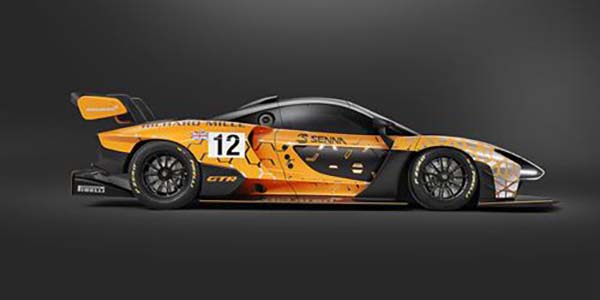 The ‘form follows function’ McLaren design philosophy that is at is strongest in the McLaren Senna provides – quite literally – the ideal platform for the McLaren Senna GTR. The car will have a wider track and new fenders front and rear, the changes to the carbon fiber body simplified by the fact that the fenders and other aerodynamic components have been designed as ‘clipped on’ to the cockpit structure, allowing relatively easy modification. The McLaren Senna GTR will also feature a new wheel design, developed specifically for circuit use.

The front splitter of the McLaren GTR Concept is larger than the road-car component and contributes to improved front aerodynamic performance, as does the rear diffuser which is both larger and extends further back. The rear deck is the lowest of any McLaren and aids both aerodynamic performance and cooling, as well as helping to optimize the performance of the active rear wing. 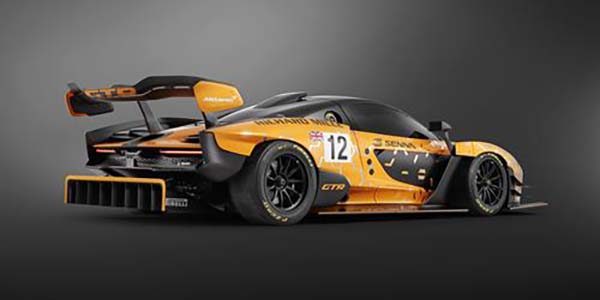 The design of the doors benefits aerodynamic efficiency, the outer skin being ‘pushed in’ as far as possible towards the center of the car to better channel airflow. Unlike the road-legal McLaren Senna, the McLaren Senna GTR will feature a polycarbonate ‘ticket’ window.

“The McLaren Senna was designed from the outset with the full spectrum of road and track requirements in mind, so developing a GTR version is within the scope of the original project,”
explained McLaren Automotive Design Engineering Director, Dan Parry-Williams. “The McLaren Senna GTR Concept unveiled in Geneva is not the finished article but it does give a clear indication of our thinking for the car, which promises to be the most extreme and exciting McLaren to drive for many years, if not ever.” 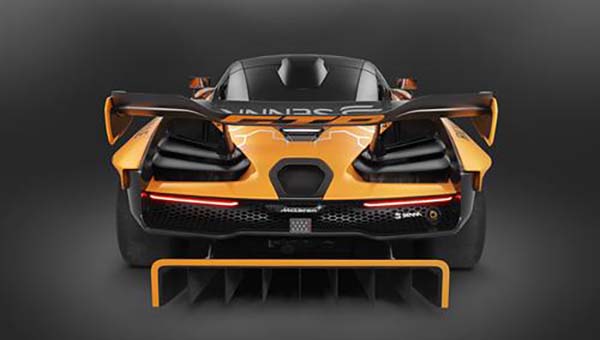 McLaren Automotive is increasing its focus on providing customers with track-based driving experiences across its full range of cars. A single-make race series has been launched as part of the program of Pure McLaren track events, allowing McLaren owners with the minimum of an International D-grade license to take advantage of a full ‘arrive and drive’ package to race in a 570S GT4 car. To support this and other motorsport activities, a network of McLaren retailers specializing in selling and fettling McLaren’s motorsport models has been established; initially 10 in number, the retailers serve Europe, North America and Asia Pacific.