What would a Rat Rod look like if it were propelled by an 820 cubic inch Pro Stock engine? Robert Killian from Canton, Georgia wanted to find out. He’s been building hot rods for most his adult life, and he has always indulged himself in the unorthodox. 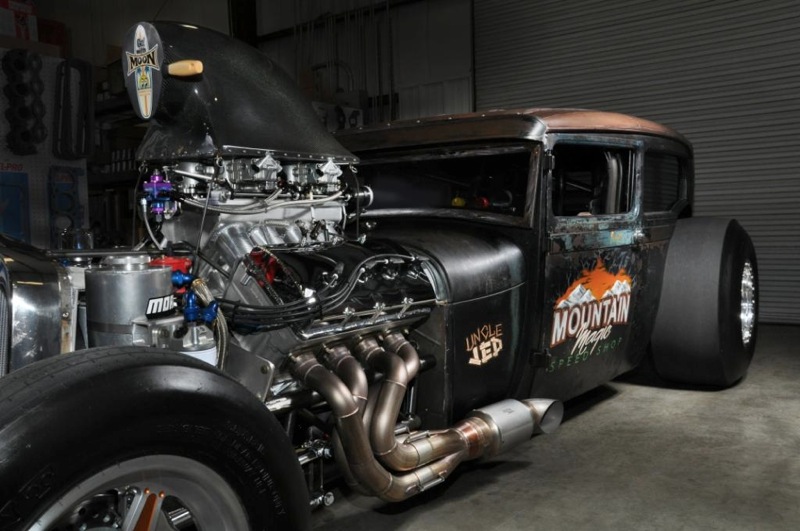 Killian and his crew constructed “Uncle Jed” using a 1928 Ford Model A 2-door sedan body mounted on a twin-rail chrome molybdenum drag race chassis with a front-mounted 14-gallon fuel tank between its rails and wheelie bars at the back. The hot rod is powered by a 1,900hp big-inch Kaase Pro Stock engine, and the car is street-legal, too.

This one-of-a-kind machine is NHRA-certified to run in Top Sportsman, and can muster up enough juice to run a quarter mile in 6.50 seconds at speeds in excess of 200mph. 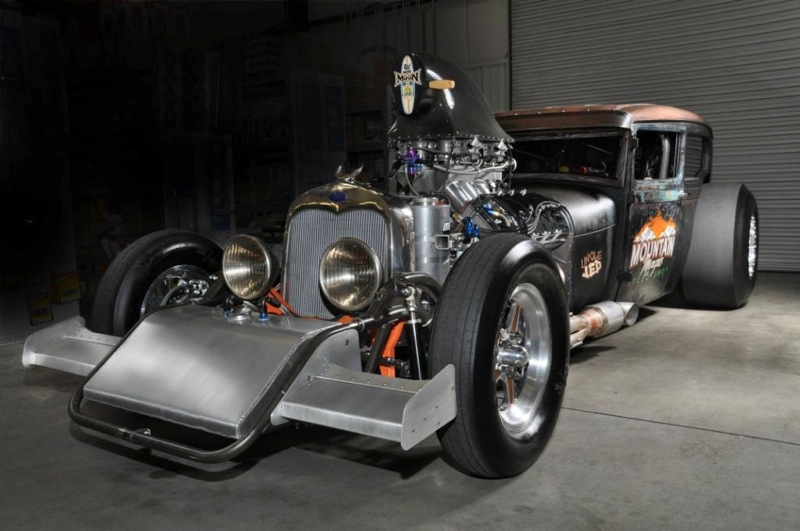 With Killian in the driver’s seat, Uncle Jed weighs 2,820 lbs. “Much of its original paint still exists,” explains Killian. “Back then they were brushed by hand apparently, as paint booths didn’t exist in 1928.” Interestingly, the chassis rails remain unpainted. “I like that raw, unfinished look and I’ll maintain it by wiping it down with WD40 twice a year. It fits the theme of the car.” 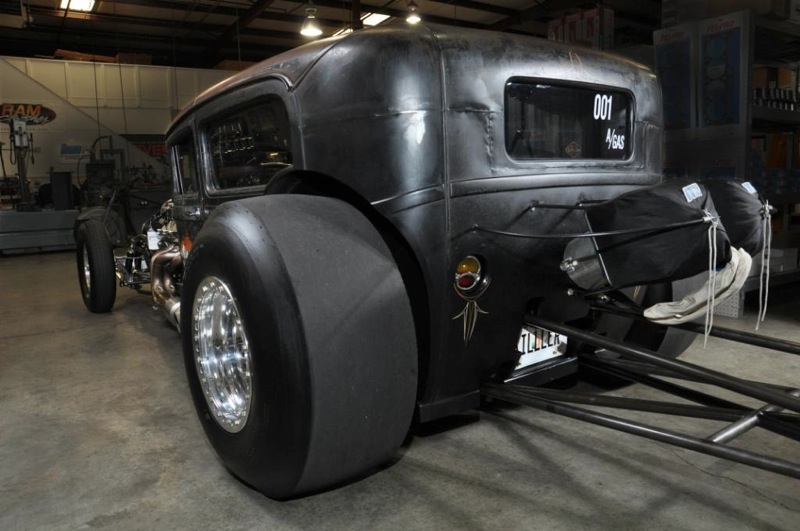 Killian says it may not be what some consider a Rat Rod with so many expensive components, but it’s not exactly a hotrod either. “I’m hesitant about calling Uncle Jed a Rat Rod because some Rat Rodders take offense. They’re adamant that it’s not low-buck enough, but obviously there’s not enough gleaming paint on it to call it a hotrod.”