AMG. the company founded by Hans-Werner Aufrecht and Erhard Melcher in 1967, is celebrating its 50th anniversary in 2017. In the course of this half century, Mercedes-AMG has further consolidated its position as an extremely successful sports car and performance brand with numerous successes in motorsport and the development of unique road-going vehicles. 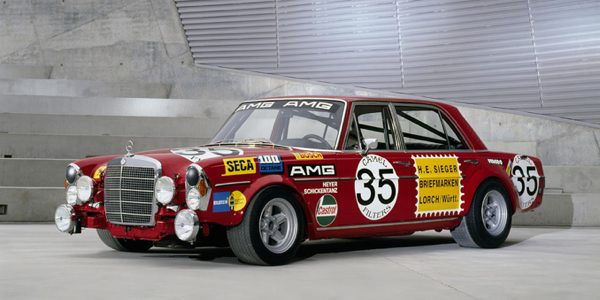 Today, as a wholly owned subsidiary of Daimler AG, the Affalterbach-based company represents the sporting spearhead of the group. For each of the now around 1,600 employees, the focus will be on the brand promise of “Driving Performance,” which unites the core strengths of AMG: cutting-edge technology and a passion for dynamic, emotionally appealing products. The basis for this is the phenomenal engine technology of Mercedes-AMG. And the company from Affalterbach has lastingly underpinned its high development capabilities with the two in-house designed sports cars, the SLS AMG and the AMG GT. AMG started into the anniversary year with record figures under its belt, delivering almost 100,000 vehicles in 2016 and thus growing by more than 40 percent while being in the middle of the biggest strategic model initiative in the company’s history.

The strong first quarter of 2017 suggests that the barrier of 100,000 units will fall in the anniversary year. This dynamic growth was made possible by continuous further development of the performance models, which are in greater demand than ever. However, the strategic broadening of the portfolio in past years has also resulted in the successful development of new groups of customers.

Today, sports car enthusiasts can choose from a large selection of the AMG GT family. Another factor is the worldwide success of the popular eight-cylinder models in the 63 series, and the 45 series models in the compact segment. Because the 43 series models launched on a broad front captivate many customers and put the modern product range of Mercedes-AMG on a broad, sound basis, the biggest sales markets were again the USA, Germany and China.