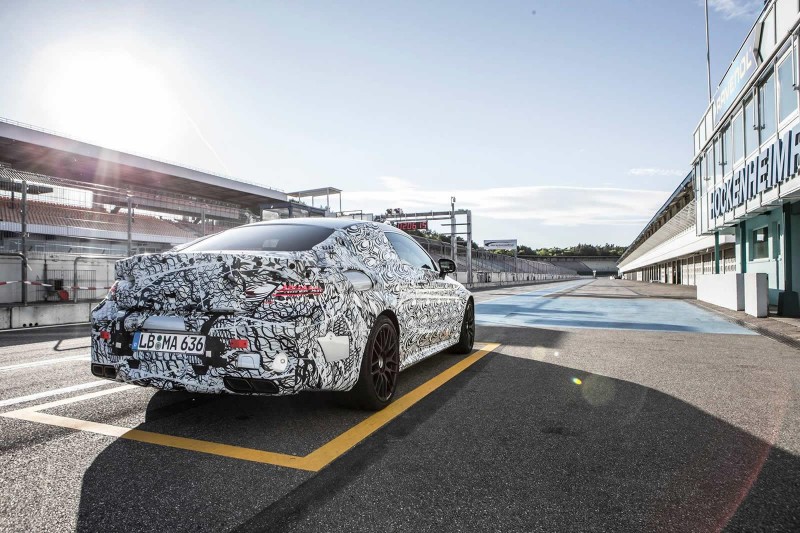 Mercedes-Benz has just released new teaser images of the upcoming 2016 Mercedes-AMG C63 Coupe. These images come prior to the vehicle’s online debut in two weeks, as well as its public debut at the IAA Frankfurt Motor Show 2015 in September.

While the prototype pictured above is dressed heavily in camouflage, previously-photgraphed test mules have already provided an indication of how the C-Class Coupe will look. It is evident from the photos that the taillights are clearly reminiscent of those from the S-Class Coupe, and will be featured on the vehicle. As for the AMG-modified C63 variant, it will boast an elevated bootlid lip spoiler, a more menacing rear bumper as well as the German firm’s traditional squared quad-exhaust layout.

Powering the Mercedes-AMG C63 Coupe will be the exact same 4.0-litre twin-turbocharged V8 engine as the regular C-Class sedan. Consequently, the Coupe should be offered in both AMG and AMG S options with horsepower ranging from 469 in the entry-level model to 503 in the range-topping C63 Coupe S.

As for the less-impressive C-Class Coupe models, they are slated to receive identical powertrains to both the existing sedan and estate variations. This will feature the 2.0-liter turbocharged four-cylinder, two four-cylinder diesels and a 3.0-liter twin-turbo V6.

Mercedes has lowered the roofline of the new C-Class Coupe by 1.6 inches compared to the outgoing model. While that would generally result in less headroom for rear passengers, the automaker opted for pushing the rear seats forward and dropping them by almost an inch to ensure the rear remains usable and comfortable. This decision also means that the center of gravity of the new C-Class Coupe will be lower than it currently is therefore enhancing its handling.