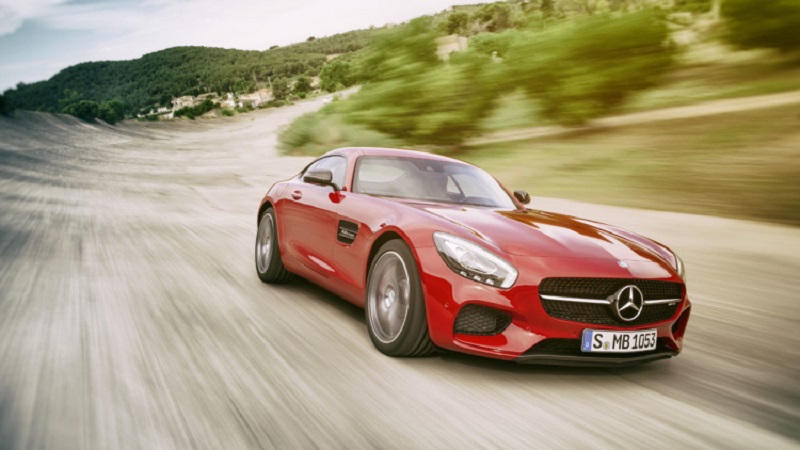 As the replacement for the Mercedes-AMG SLS, the AMG GT  S was one of the most holy anticipated cars of last year. When it was finally unveiled last fall, the automotive community was thoroughly impressed with everything from the power-train to the exterior design of the car. Mercedes has now announced the pricing, set a rather low $129,000.

The AMG GT S is not nearly the most expensive model in the Mercedes line or the AMG line, and its predecessor, the SLS AMG, cost closer to $200,000. The AMG GT S competes well with the Porsche 911 competition, costing $20,000 less than the slightly more powerful 911 Turbo and being on par in terms of pricing with the less powerful Porsche 911 GT3.

The base AMG GT will also  go on sale this spring for slightly less than the $130,000 AMG GT S. The AMG GT range uses Mercedes’ new 4.0 liter twin-turbocharged V8, the technical specifications of which are listed below.