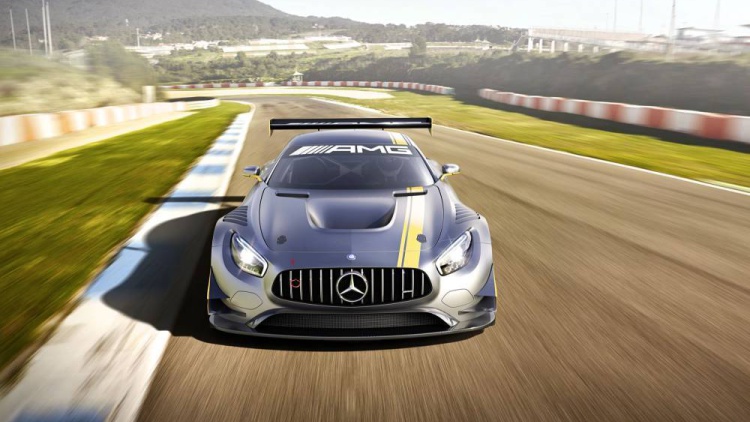 The Mercedes-AMG GT3, which promises to be Mercedes’ answer to the calls of the FIA GT3 racing class, has been anticipated for quite some time. However, only just now did the first photos of the racecar hit the web.

French car website Le Point leaked the first images of the car. Le Point also suggested that the car would feature a 6.3 liter naturally aspirated V12, instead of the 4.0 liter twin-turbo V8 known to the road car. While this may well be true, it seems counter-intuitive to add a larger engine and more weight, when the car needs to lose 800 lbs. in order to meet  GT3 regulations. Also worth mentioning is that the power output of the 4.0 fits perfectly within the 500 and 600 hp power limit interval set by the FIA for GT3 racing. However, we’ll have to wait until the car’s full reveal to see for certain. 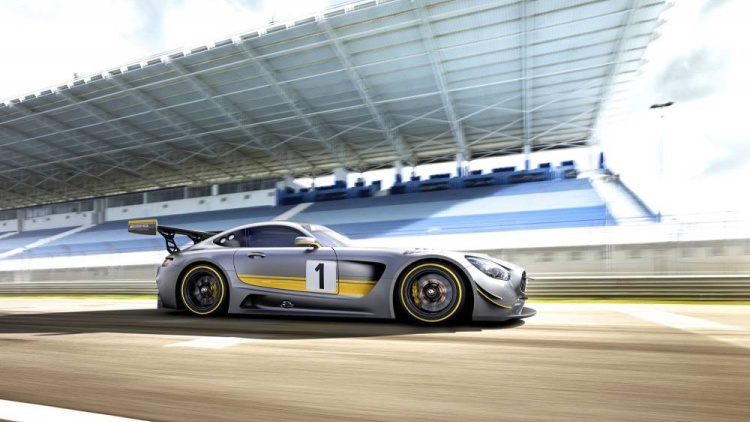