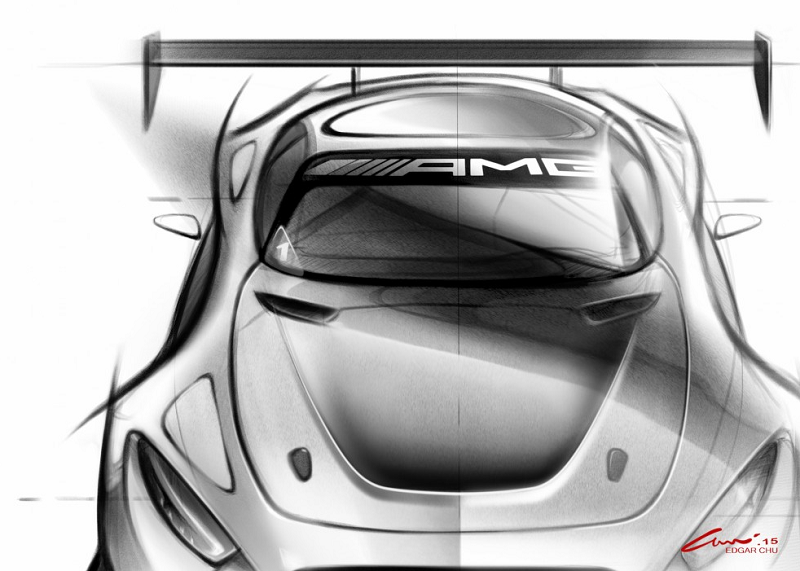 The Mercedes AMG GT is a hallmark of modern engineering and automotive technology. Pursuant to such, it’s only fitting that Mercedes-AMG is working on bringing it to racing competition.

The German manufacturer has been working on a racing version of the car, fit for FIA GT3 competition, to be unveiled soon. Now, we have the first renderings of the car, released late last week by Mercedes-AMG.

Appropriately named the Mercedes-AMG GT3, the new car will feature the same 4.0 liter twin-turbo V8 employed by the road going variant. Instead of the stock 503 horsepower of its road going cousin, the GT3 will likely get a boost to around 550 horsepower, as hinted by Mercedes. This corresponds to the power limit set forth by the FIA of between 500 and 600 horsepower for the GT3 class. The racecar will also have to shed around 800 pounds from its road going form in order to meet class requirements. 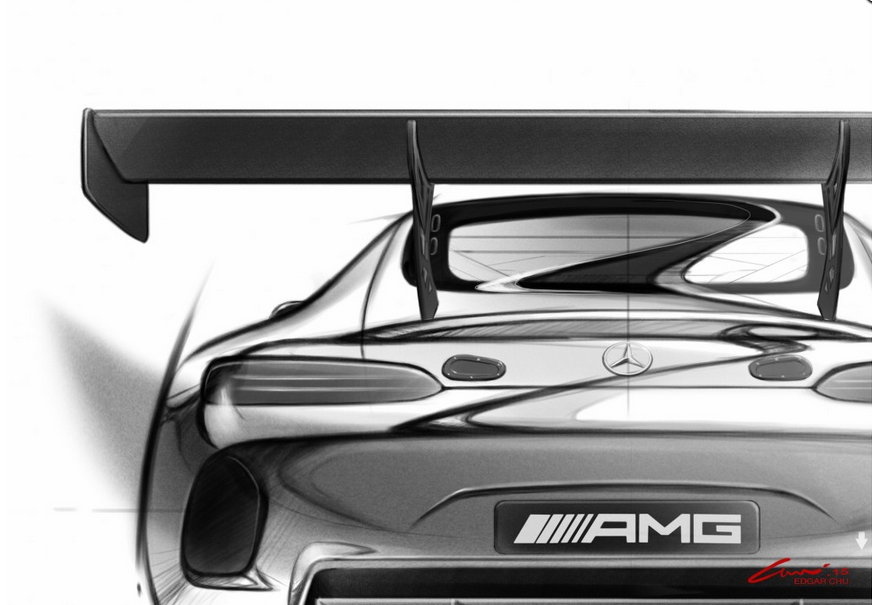