Rock & roll music and custom cars have a lot in common. A creative spirit, immense talent and uncompromising dedication are necessary to create and reveal the inner meaning of a song or a car. 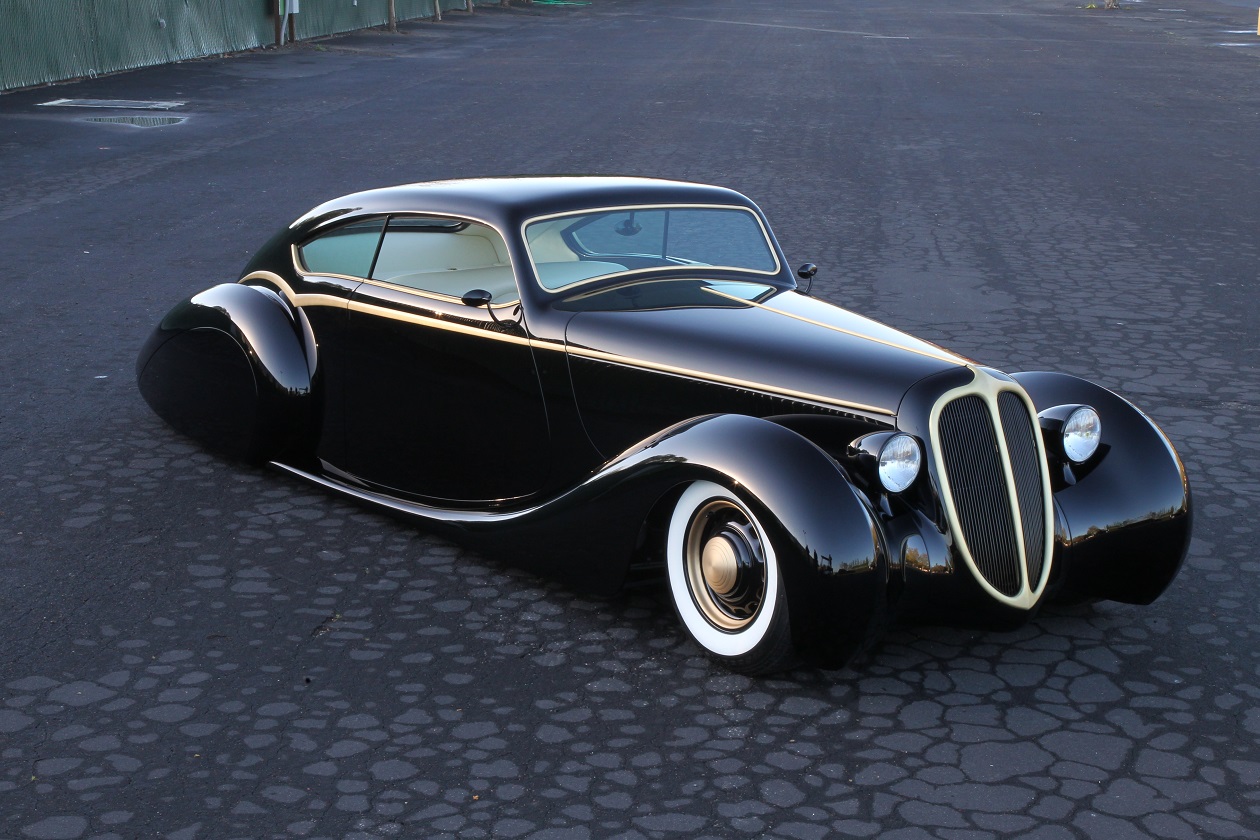 James Hetfield has flawlessly mastered both. His band Metallica sits in the prestigious Rock & Roll Hall of Fame among legends while serving as the face of heavy metal music for decades and years to come. His ever-growing plethora of custom cars have won hot rodding’s most prestigious prizes. His latest project, a coach built custom he designed with partner Rick Dore, is his most powerful statement yet.

He dubs it the “Black Pearl.” Last weekend in Pleasanton, California the car took home Goodguys’ 2014 Mother’s Custom of the Year award during the Goodguys 32nd annual All American Get-Together.

Unlike Hetfield’s previous custom beauties, Black Pearl is completely built from scratch. It’s not any particular make or model and it’s not something you can just buy. It’s a sculpted, handmade aluminum body inspired by the tear drop contours and seamless body transitions of coach built European and American cars of the 1930s. It rests on a custom built chassis which incorporates the outer frame rails of a 1948 Jaguar. 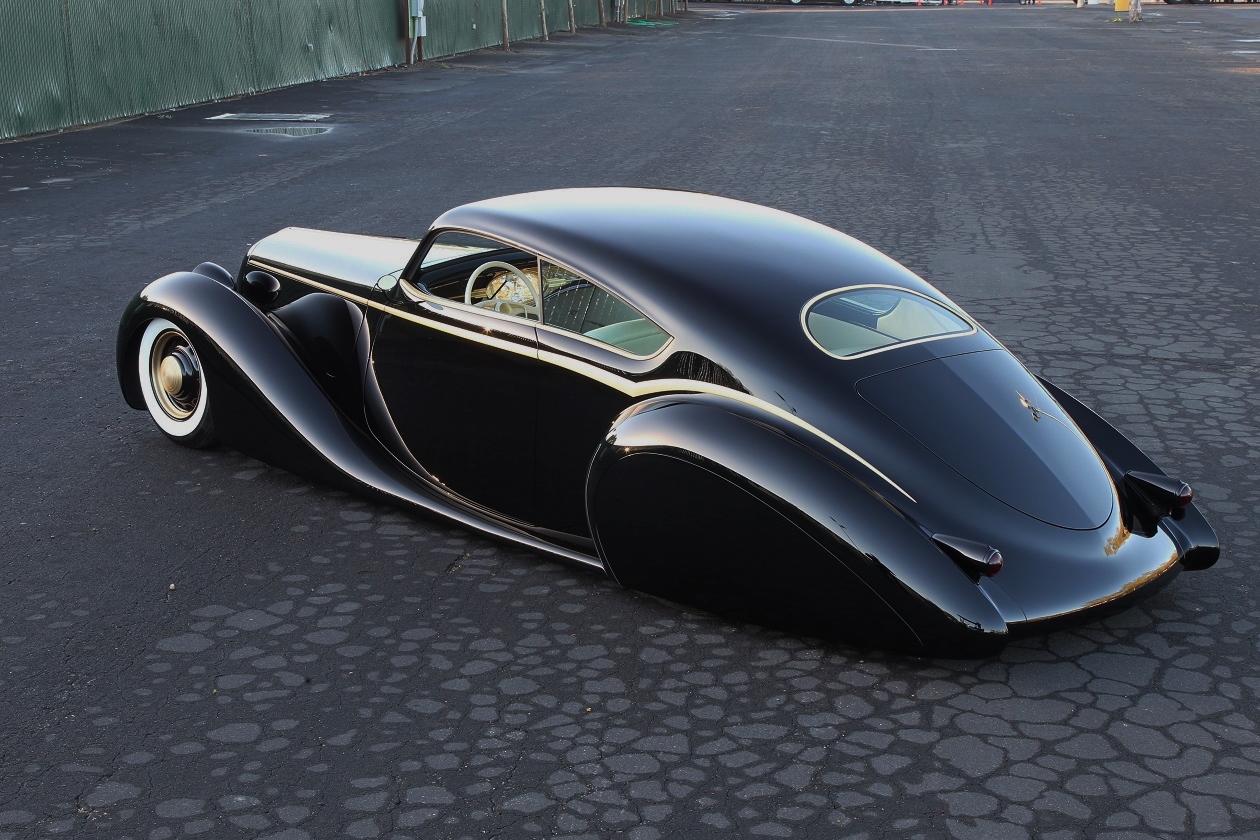 Southern California’s Marcel and Luc De Lay, two of the top coach makers in the world, handled the tasks of forming, shaping and building the body. They’re one of only a handful of metal shapers, capable of taking on the task of building a one off custom car like the ‘Pearl. Hetfield shared some high praise for his prestigious partners after the show stating: “As an artist myself, I see the passion, dedication and perfectionism it takes to be good at your craft. I am humbled by their gift of metal sculpting. The fact that they started with a 8×10 drawing and ended up with a complete car is a testament to the ability of the human mind and hands. It still blows people’s minds when they ask what body we started with and we say ‘steel sheets.’”

The’ Pearl was painted in a tantalizing deep PPG black by Darryl Hollenbeck of Vintage Color Studio offering a quintessential contrast to the brushed brass trim. The cabin is laced with is a stellar Ron Mangus interior while Wheelsmith Fabrications boasts the black artillery style wheels featuring matching brushed brass caps. Under the hood lies a 375-horsepower 302 cubic inch Ford V8 but this car isn’t about power – it’s about style and class. But more importantly, it’s also about expanding horizons and breaking new ground.

In addition to the Goodguys 2014 Mother’s Custom of the Year, The ‘Pearl won the Sam Barris award as well as the Custom d’Elegance at the Sacramento AutoRama.