“Built for Speed – Race Inspired Motorcycles and Art” is the title of Michael Lichter’s 14th annual “Motorcycles as Art” exhibition in Sturgis this August, which for the second year in a row, will be jointly curated by Michael and Paul d’Orleans of the Vintagent. 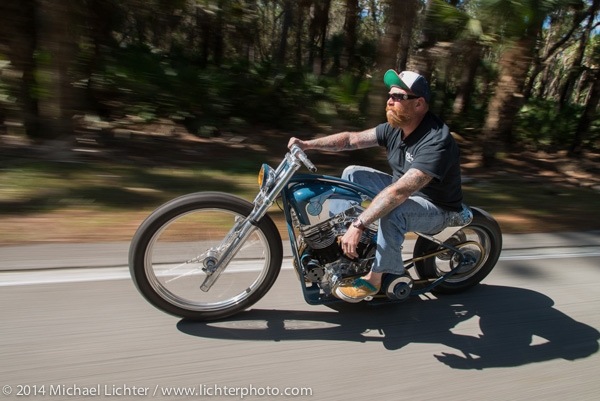 Built for Speed will dazzle visitors with beautiful and thought-provoking displays of motorcycles and related art, and the race-inspired theme making connections between between motorcycle racing and custom bike designs inspired by racers. Each custom bike in Built for Speed reflects a branch of racing – Speedway, Flat Track, Drag Racing, Board Track, Grand Prix, Land Speed Record – and will be displayed beside the racing machines suggesting the origins of each style.  On the walls surrounding these awesome bike will be race-themed painting, photography, helmets and prints by artists equally inspired by competition motorcycles in action. 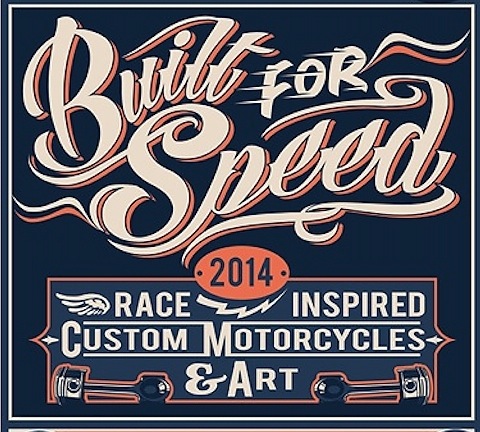 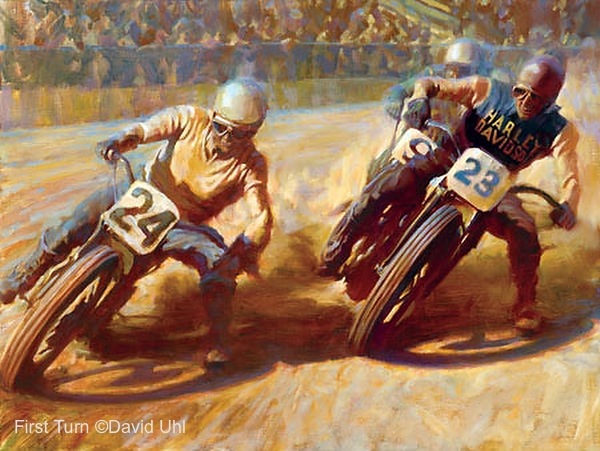 Customized motorcycles have often taken inspiration from racing machines, as witnessed in the ‘Cut-downs’ of the 1920s, ‘Bob-jobs’ of the 1930s, Café Racers of the 1950s, ‘Drag-bike’ choppers of the 1960s, and ‘Street Trackers’ of the 1970s.  All of these styles are hugely popular with customizers today, which speaks to the enduring appeal of a racing motorcycle’s purity of purpose in its design.  It’s a subject the ‘Motorcycle as Art’ exhibit explored last year in their ‘Ton Up!’ show about café racers and related customs, and this year Michael Lichter and Paul d’Orleans widen the scope of the exhibit to include even more branches of racing, and the beautifully crafted custom bikes taking inspiration from the types of original racers on display.

Entry art gallery is FREE. And this year, hours have been extended from 10:30 am into the evening concert hours. The show opens on Saturday August 2 and closes Friday night August 9.